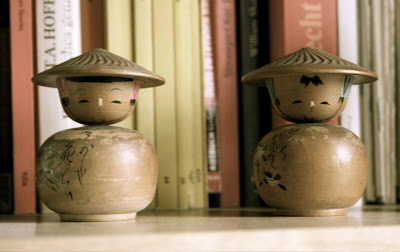 The kokeshi doll is a Japanese folk art form. Kokeshi dolls originated in the Tohoku region of Northern Japan in the early 1800's. The dolls were first made by woodworkers, called kiiya, who sold the designs as souvenirs in the winter season to tourists who came to visit the well known hot springs resorts.
The woods typically used for kokeshi are cherry, dogwood, Japanese Maple and Mizuki. The wood is left outdoors to season for one to five years before it can be used. The woodworker turns and cuts the dolls on a lathe and then polishes it to a very smooth finish. The head and body are usually turned separately; then attached together by a plug. Then the kokeshi doll is painted. 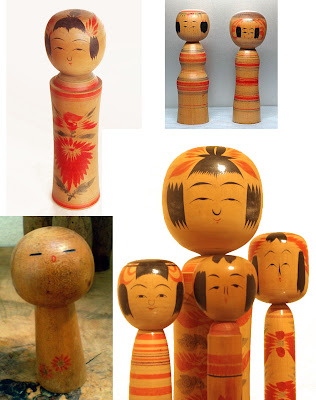 Traditional kokeshi, produced only in the six prefectures of Tohoku, are very simple in their design with round heads and cylinder like bodies sans limbs. The floral and linear patterns painted on the kimonos have been developed and passed down through generations of kokeshi makers and are distinctive to the area where they are made. The primary differences between styles are the shape of the body and head, as well as the painting and colors used. The type of wood and lathe used may also differ. 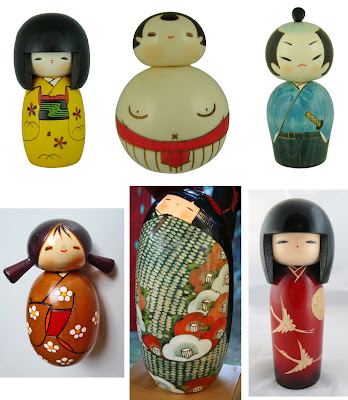 Creative kokeshi dolls are not limited in terms of shape, color and design. The artist is free to paint and style the doll however they wish. The only requirement is the use of a lathe, the same tool used for traditional dolls. Creative kokeshi, which developed during World War II, have the limbless kokeshi characteristic. But they are more contemporary in their design with added features such as hair or a colourful patterned kimono. Creative kokeshi have features and styles unique to their own particular artist or creator. The majority of creative kokeshi are made in Gunma prefecture. 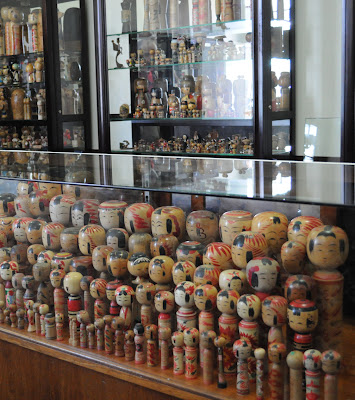 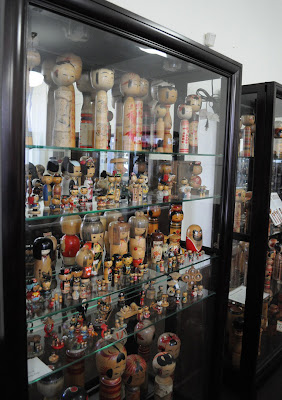 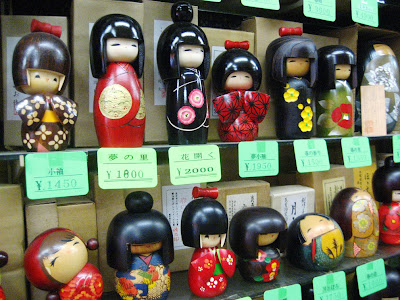 Every year in early September, wood craftsmen throughout Japan gather in Naruko Onsen, where the kokeshi is honoured through competition. The artist who creates the best kokeshi doll receives a prestigious award from Japan's prime minister. 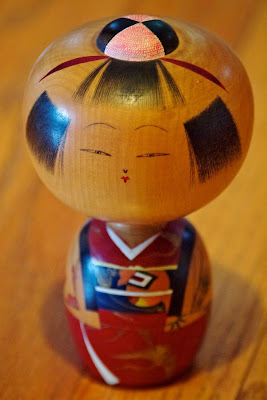 Kokeshi are generally bought by Japanese as mementos. In addition to being ornamental, they are also seen as charms to prevent fires or even ward off evil. The Mizuki wood often used to make the kokeshi doll's head, translates as "water tree". It is a very moist wood and some Japanese believe that having a kokeshi in their home helps prevent fire. 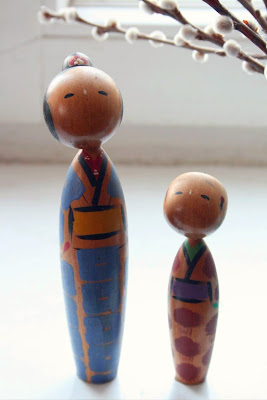 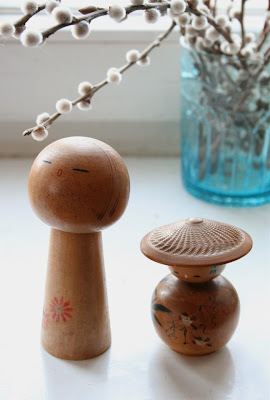