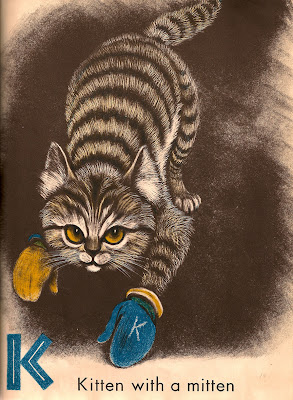 Today's posting is a repost. Fritz Eichenberg is one of my favorite artists and  was a master of woodcuts. I am including a few more scans that were not in the original post. My scanner is not working properly, it throws in color that is not there, pinks and grays. I have a new scanner, but need to get it set up and am looking forward to a trouble free scanner. 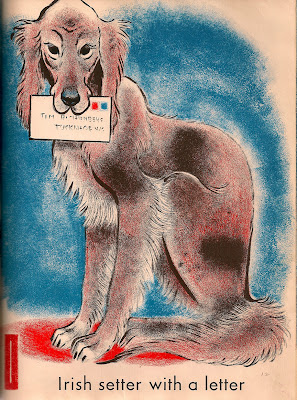 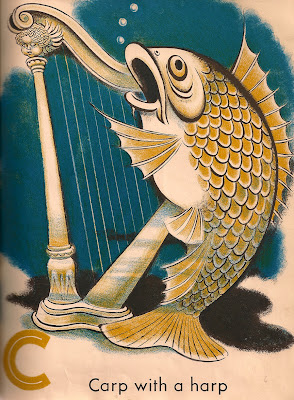 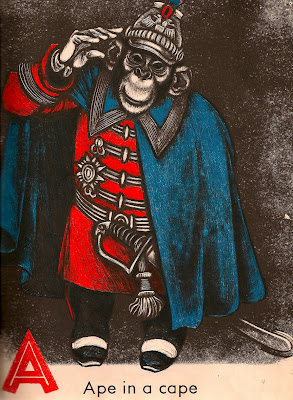 Fritz Eichenberg (October 24, 1901-November 30,1990) was an artist, printmaker, teacher, graphic designer, author and social activist. Born in Cologne, Germany to a Jewish family, the destruction of World War 1 affected him and influenced his work throughout his life. Trained in Cologne and Leipzig, Eichenberg worked in Berlin from 1923 to 1933, illustrating books and newspapers and sometimes also writing.
With the rise of Adolf Hitler, Eichenberg, who was a public critic of the Nazis, emigrated to New York with his family. There he taught at the New School for Social Research and at the Pratt Institute. He was part of the WPA's Federal Arts Project. Eichenberg also served as the head of the art department at the University of Rhode Island and laid out the printmaking studios there. He served on the board of the AIGA and the Society of American Graphic Arts. He supported young artists experimenting with new printmaking techniques. Eichenberg published an important history of graphics arts, The Art of the Print. 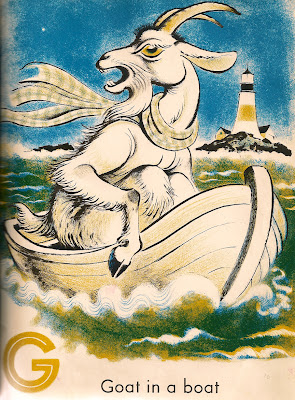 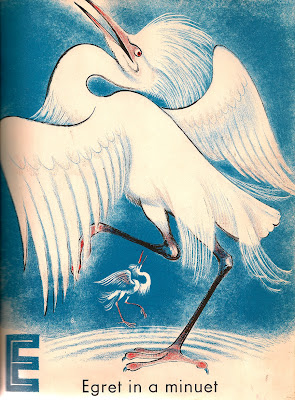 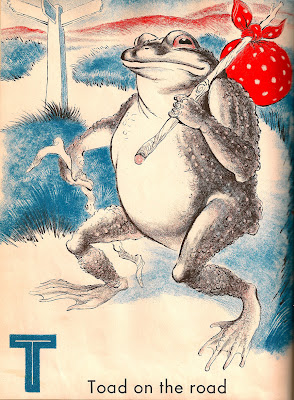 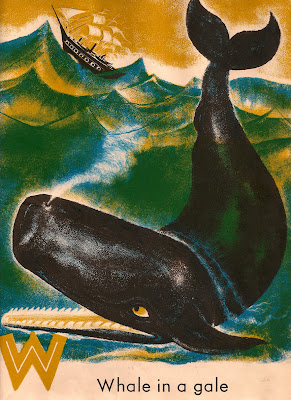 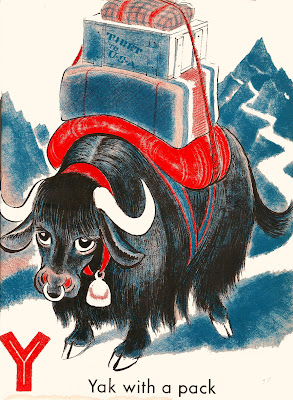 During his prolific career, Eichenberg illustrated over 100 books. He became a world class printmaker and illustrator, working predominately in wood engraving and lithography. Eichenberg wrote and illustrated folklore and children's stories. He worked with many forms of literature, but specialized in material with elements of spiritual and emotional conflict, fantasy or social satire. Eichenberg illustrated for authors such as Dostoyevsky, Tolstoy, Emily Bronte, Poe and Shakespeare. His work is shown in museums and galleries around the world. To read more about Fritz Eichenberg, click here or here.

APE IN A CAPE
Written and illustrated by Fritz Eichenberg
Harcourt, Brace and Company, New York, 1952
Posted by Jil Casey at 10:52 AM 1 comment: 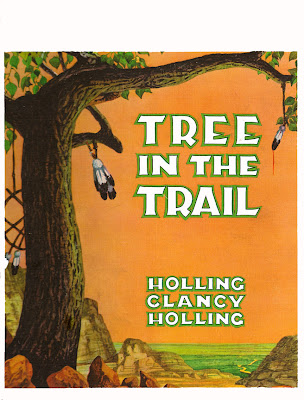 Holling Clancy Holling, an American author and illustrator, made many books for children in his career. His wife Lucille, also an illustrator, worked with him. No credit is given to her in this book, so I'm assuming she didn't work on this one. His book Paddle to the Sea, won a Caldecott honor in 1942 and a Lewis Carroll Shelf Award in 1962. It was later made into a short film. Holling's books were historical or educational but also entertaining. If you would like to read more about Holling, click here. 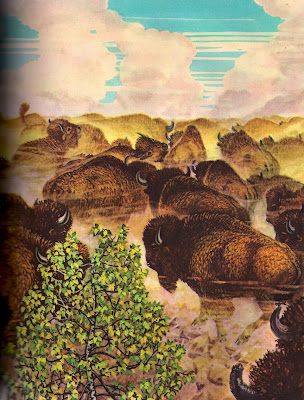 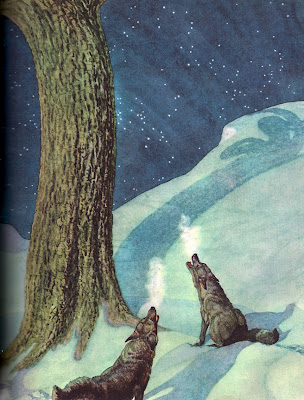 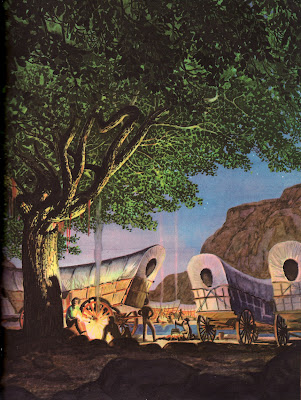 Tree in the Trail is about a cottonwood tree that watches the course of history for over 200 years on the Santa Fe Trail. 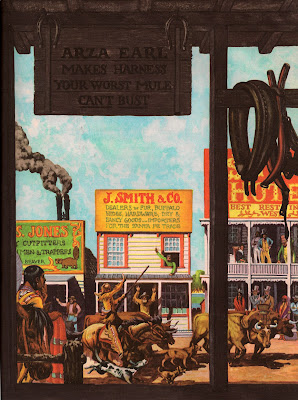 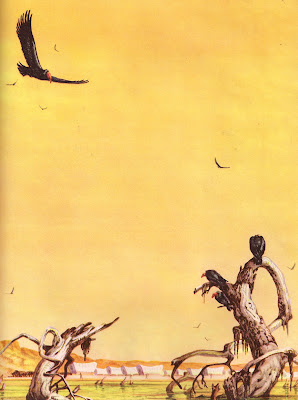 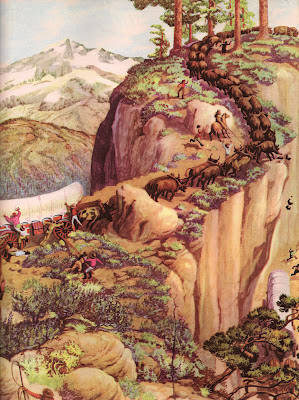 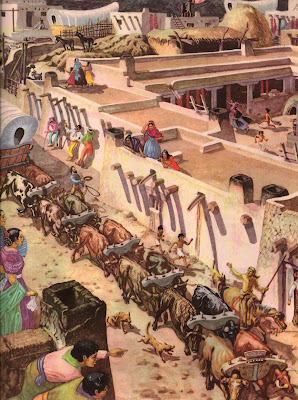 Tree in the Trail has many gorgeous, full page illustrations. I can't imagine how long it took to do them all, but they are spectacular. It was difficult to choose, but I hope you liked my selections. 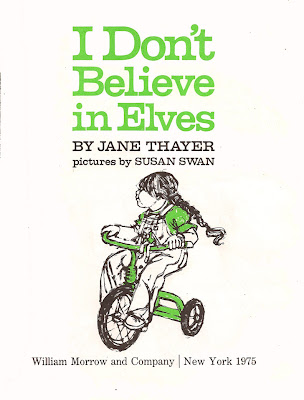 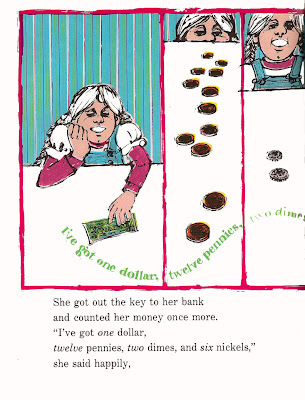 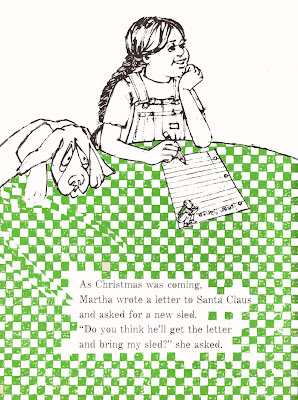 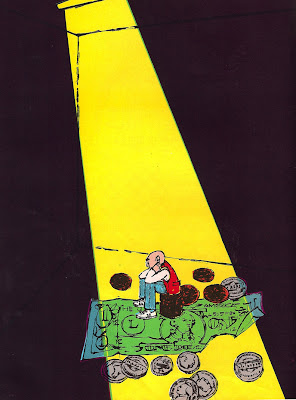 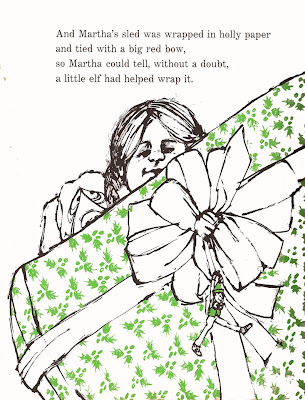 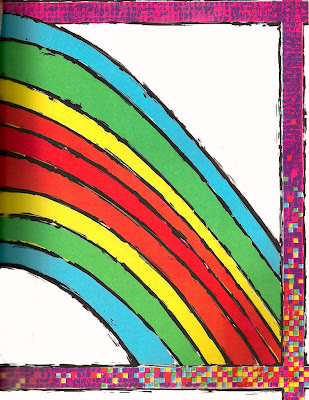 I Don't Believe in Elves
By Jane Thayer
Pictures by Susan Swan
William Morrow and Co., 1975
Posted by Jil Casey at 5:42 PM No comments:

What the Moon Saw, Brian Wildsmith 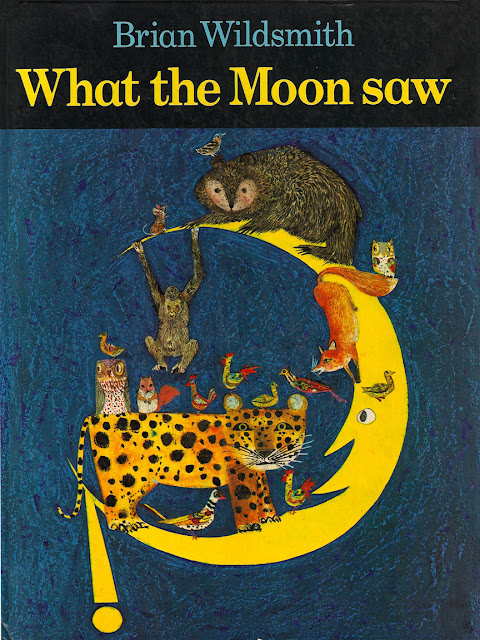 I'm back from a relaxing long weekend, hope you had a good one too. Today's vintage children's book, What the Moon Saw, is another goodie from Brian Wildsmith. Love his depictions of animals and use of color. 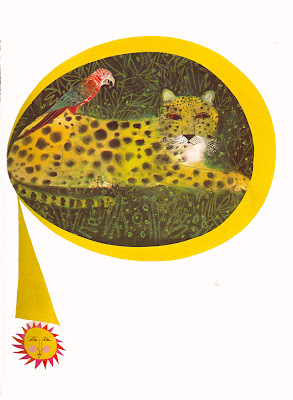 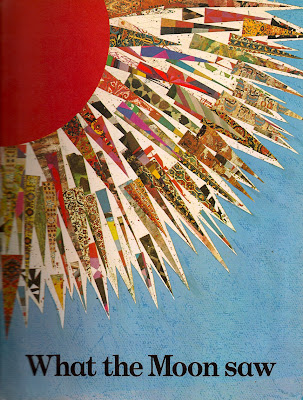 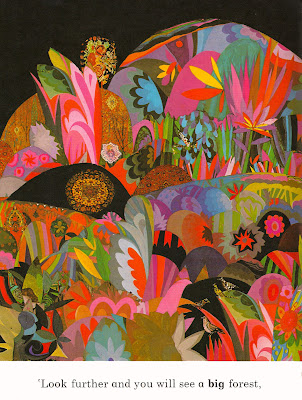 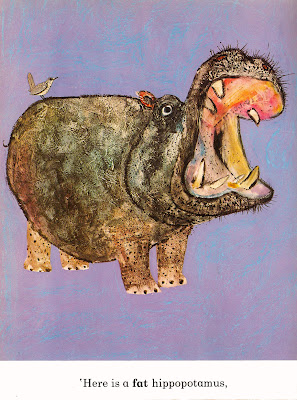 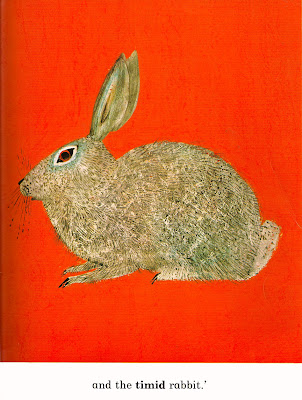 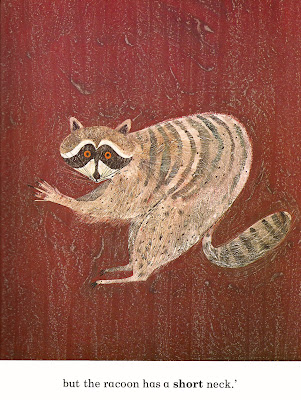 What the Moon Saw
Brian Wildsmith
Oxford University Press
Posted by Jil Casey at 6:54 AM No comments: