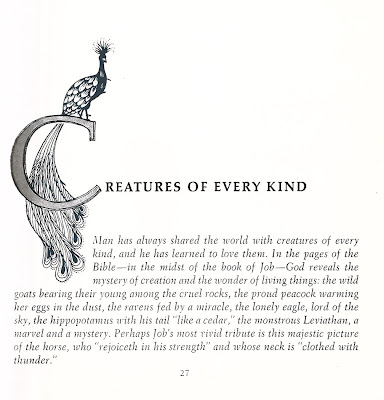 I'm fond of illuminated letters - I like them, I do. A follow up to the last posting, The Golden Treasury of Poetry

illustrated by Joan Walsh Anglund, these illuminated caps are from the book for your viewing pleasure. 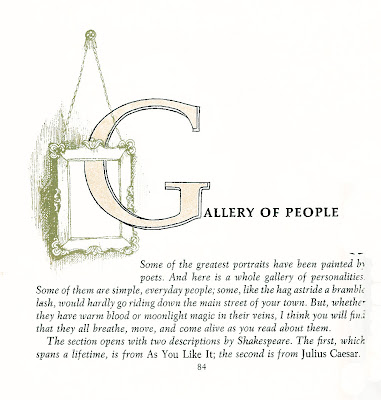 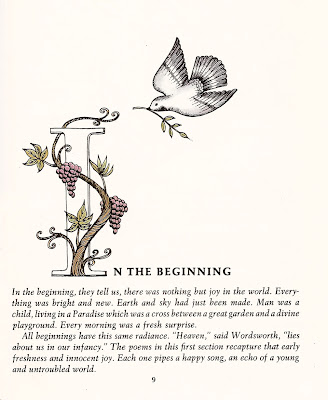 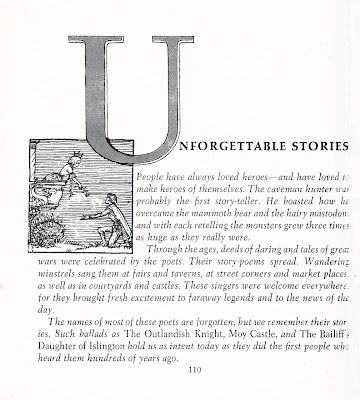 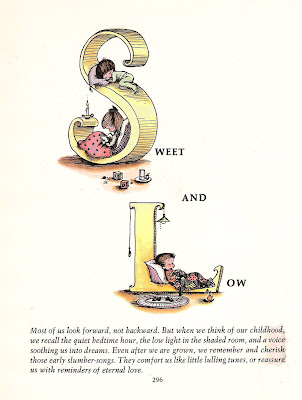 Joan Walsh Anglund was born January 3, 1926 in Hinsdale, Illinois. Her father was a commercial artist and her mother was a painter. She studied at the Chicago Art Institute and the American Academy of Art. Anglund's literary career started after she was inspired by a group of children playing near her home. This resulted in A Friend is Someone Who Likes You

(1958).
Many of her illustrations are based on people and places from her life, including her two children. Author and illustrator, Joan Walsh Anglund is known for her sensitive themes of love, friendship and spirituality. Her books show a respect and sensitivity to the emotional development of children. Anglund has written over 90 books and has had a devoted following among her readers over the years. Her books have sold more than 45 million copies and have been published in over fourteen countries.
Some of Joan Walsh Anglund's books: The Brave Cowboy

(1980) - one of her best selling works. Some of her seasonal works are Christmas is a Time of Giving

and A Christmas Sampler: A New Collection of Holiday Treasures (2001).
Posted by Jil Casey at 9:57 PM