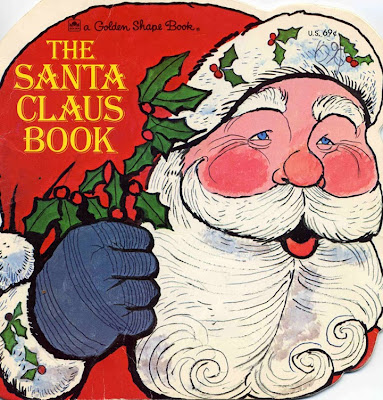 Battaglia worked for Disney in the late 40's, contributing to Dumbo, Fantasia and Pinocchio. After that he joined the United Projections of America, a studio staffed by well known animation artists. It was there doing animation work that Battaglia honed his style, while also helping to start a trend of mid century illustration style that was looser and more abstract. (Info from Wikipedia,
http://en.wikipedia.org/wiki/Aurelius_Battaglia) 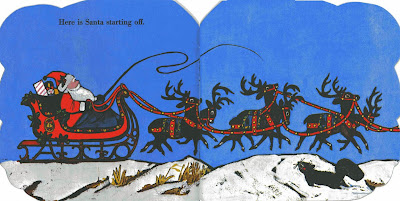 Battaglia seems to have illustrated this book in a different style than his work from the 50's. (My copy is from 1982 but it looks like this book was originally done in 1965.) Check out the samples of his work below. And his work previous to mid century was also different. Artists are always changing and evolving. 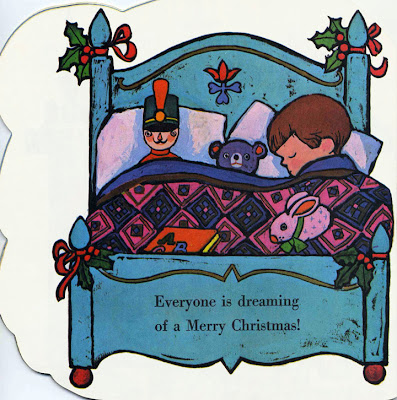 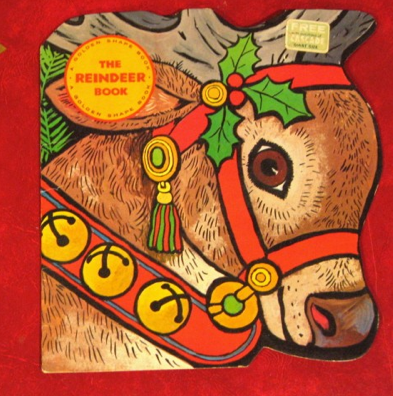 Here is the original cover and title. 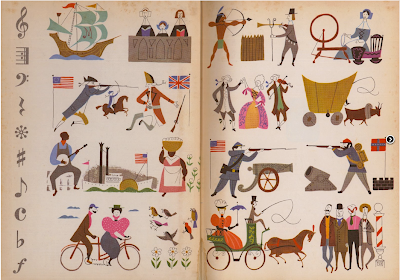 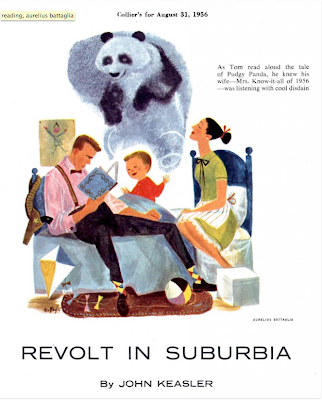 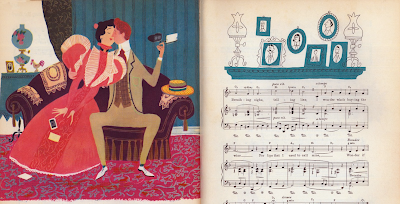 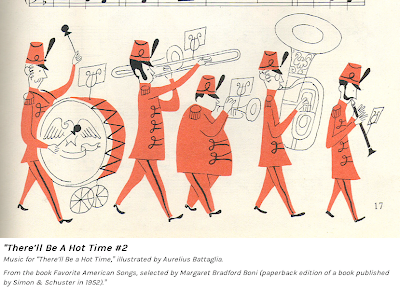 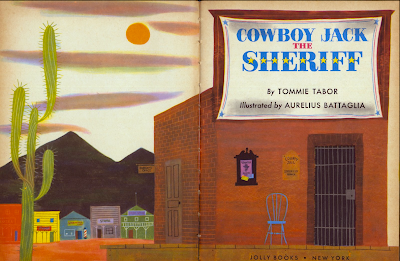 This book is great, love the illustrations! 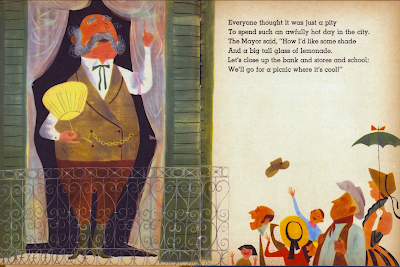 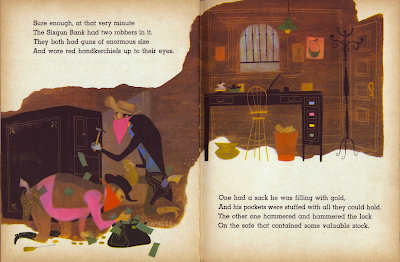 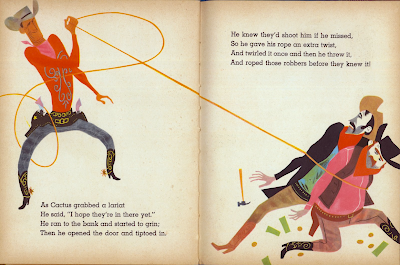 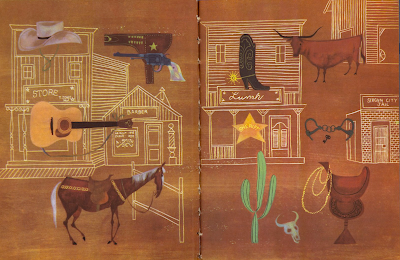 Above illustrations from Cowboy Jack the Sheriff via Golden Gems 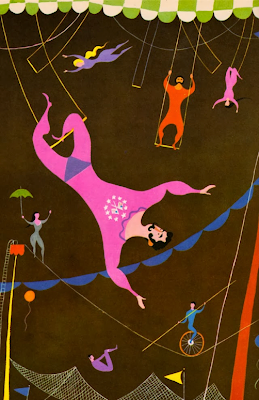