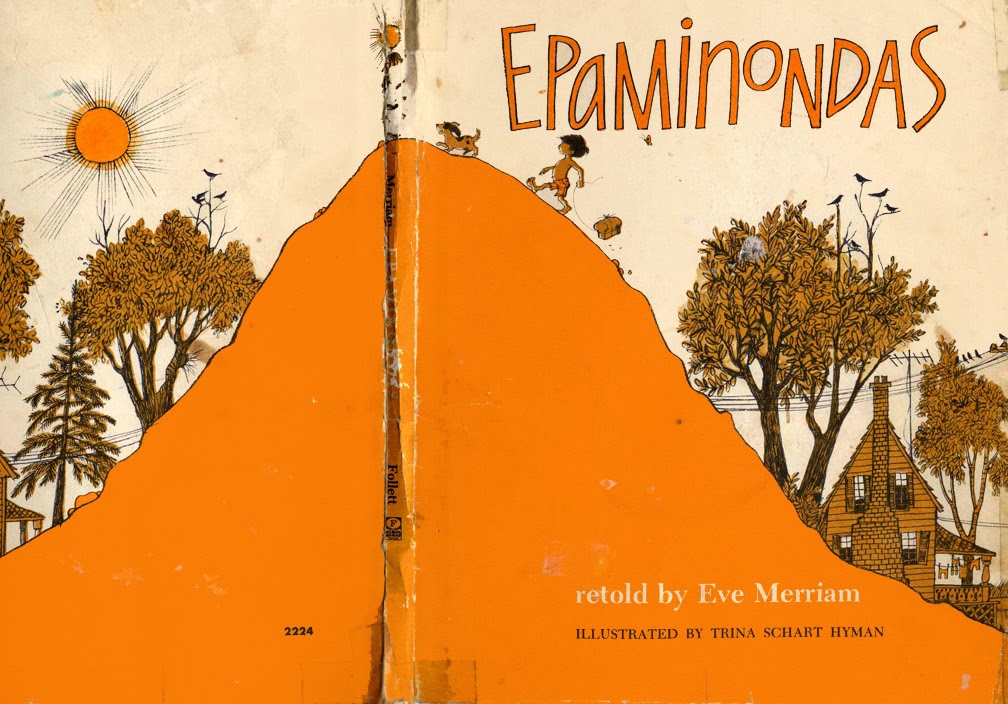 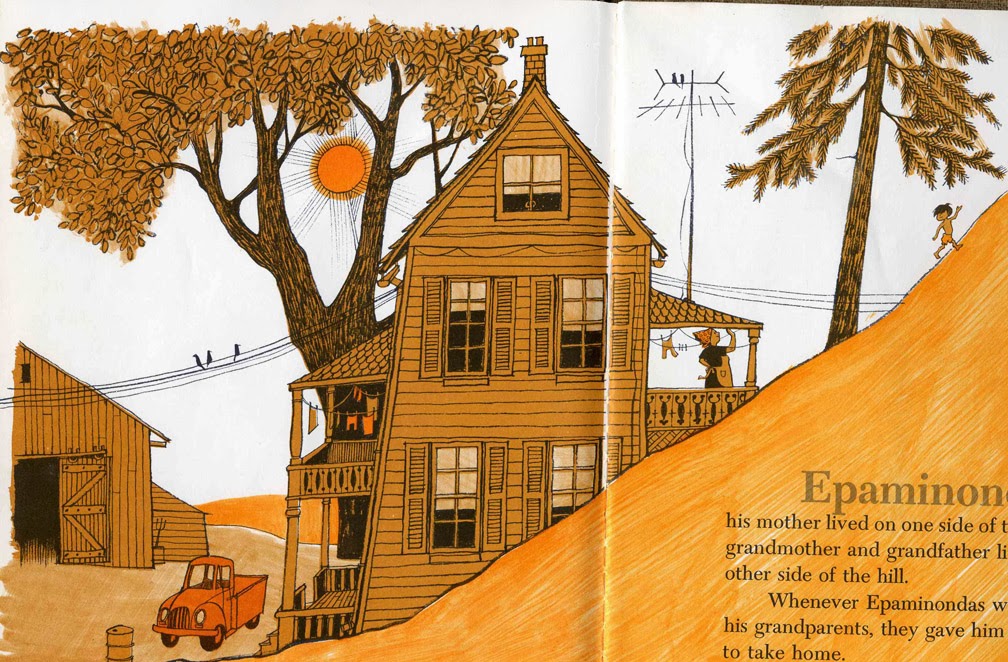 "Whenever Epaminondas went to visit his grandparents, they gave him something to take home."

"One day his grandmother gave him a big piece of cake that she had just baked. It was rich and yellow and round as the sun in the sky..." 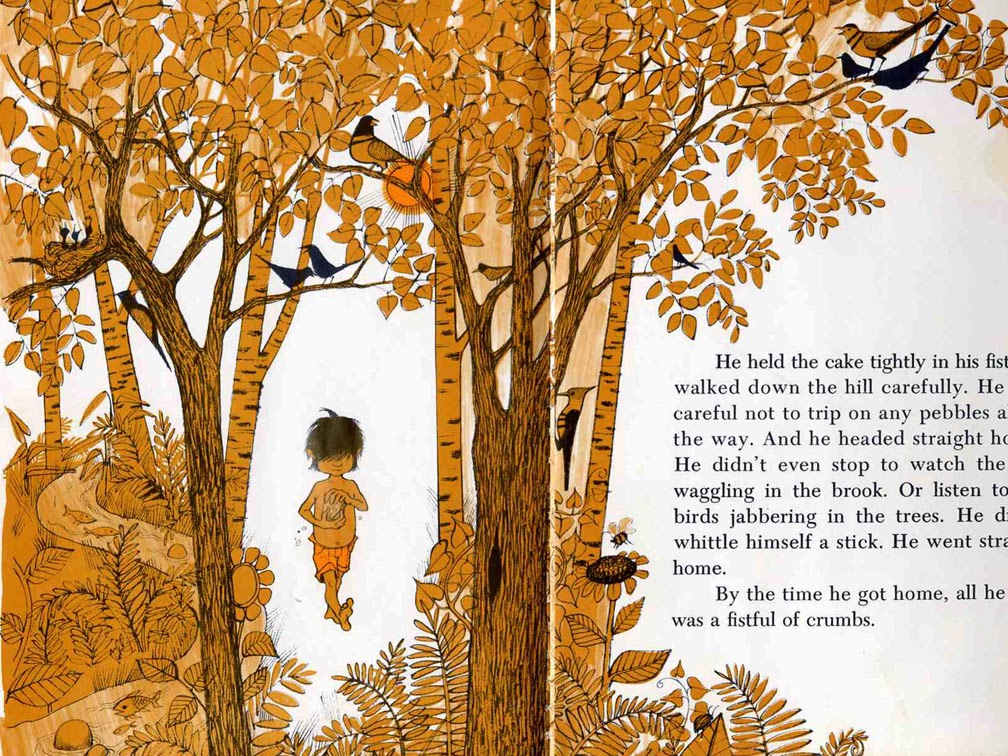 "He held the cake tightly in his fist and walked down the hill carefully. He was careful not to trip on any pebbles along the way. And he headed straight home. He didn't even stop the watch the fish waggling in the brook. Or listen to the birds jabbering in the trees. He didn't whittle himself a stick. He went straight home." 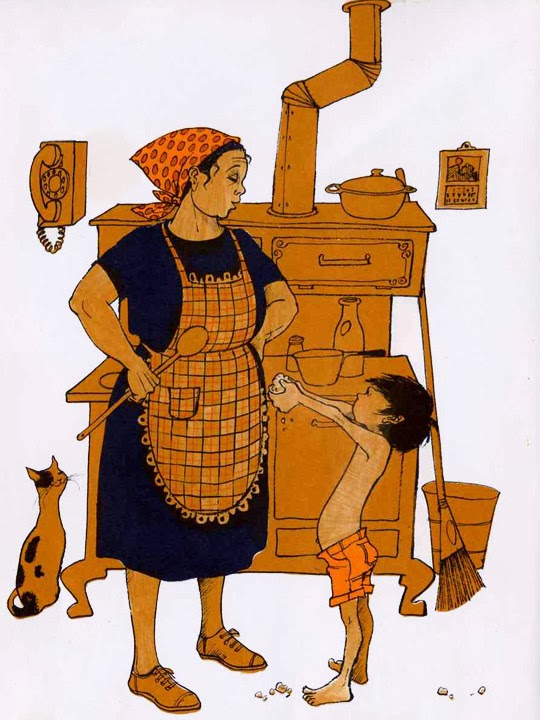 "Epaminondas, sometimes I think you haven't even got the sense you were born with. That's not the way to carry cake. The way to carry cake is to wrap
it all up in leaves and put it in your hat and then put your hat on your head and come along home. Now, will you remember that?" 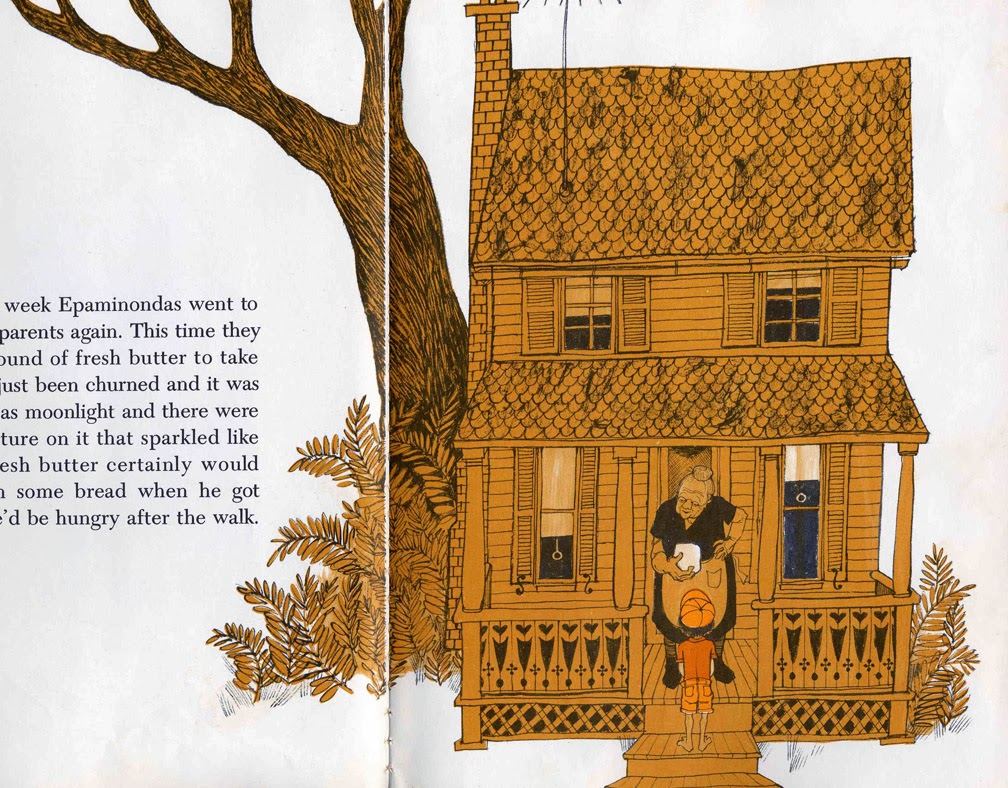 "The next week Epaminondas went to visit his grandparents again. This time they gave him a pound of fresh butter to take home. It had just been churned and it was cool and pale as moonlight and there were drops of moisture on it that sparkled like dew..." 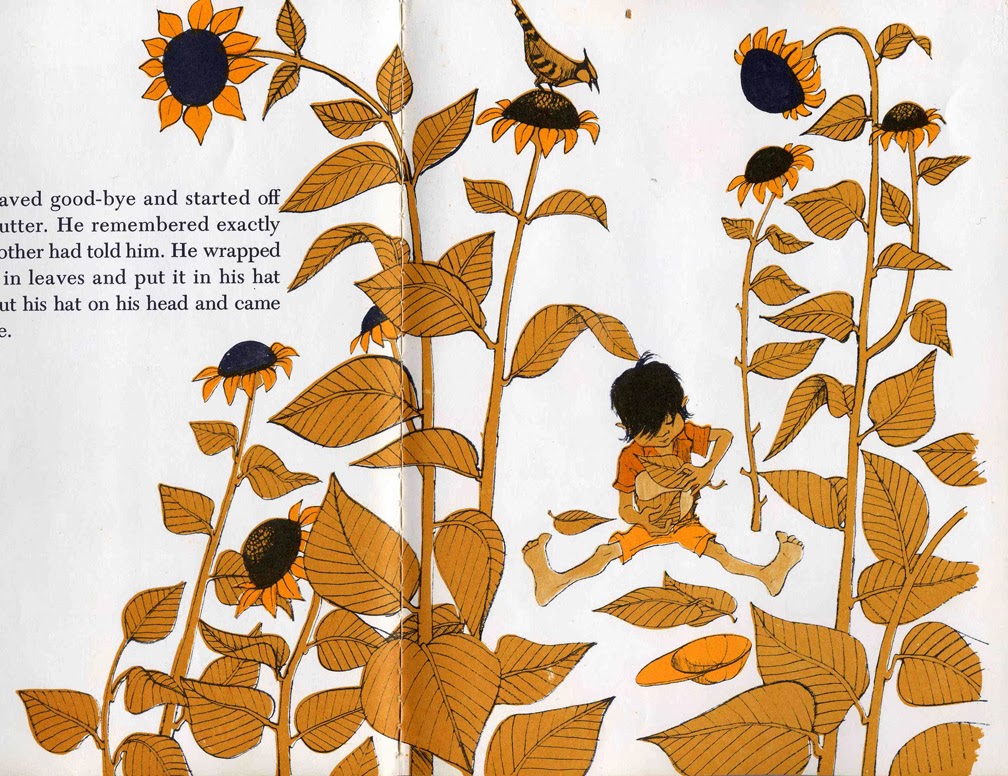 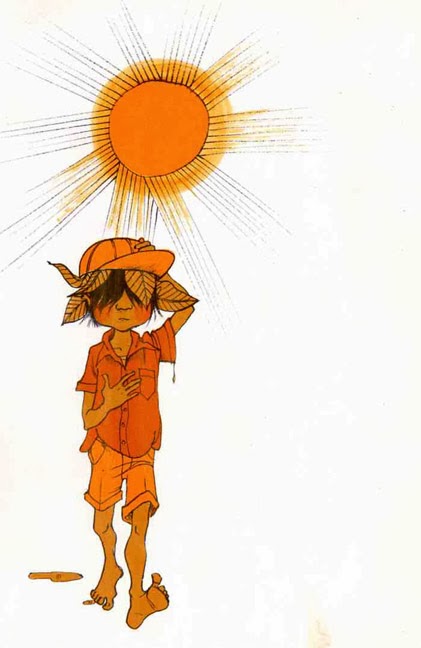 "Soon the sun began to shine brightly...Epaminondas began to feel warmer and warmer. Pale, shiny drops ran down his forehead, matted his eyebrows, stuck to his eyelashes. He sniffed, and drops of butter sniffled into his nose..." 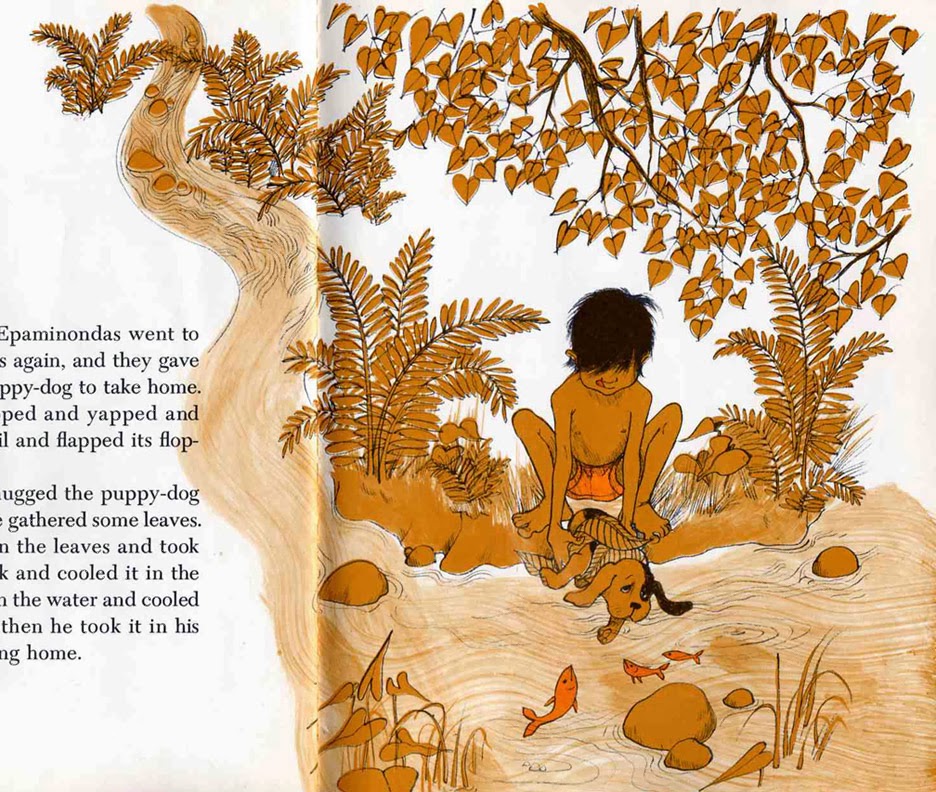 " After a while, Epaminondas went to visit his grandparents again, and they gave him a frisky little puppy-dog to take home. The puppy-dog yipped and yapped and flipped its stubby tail and flapped its floppy ears." 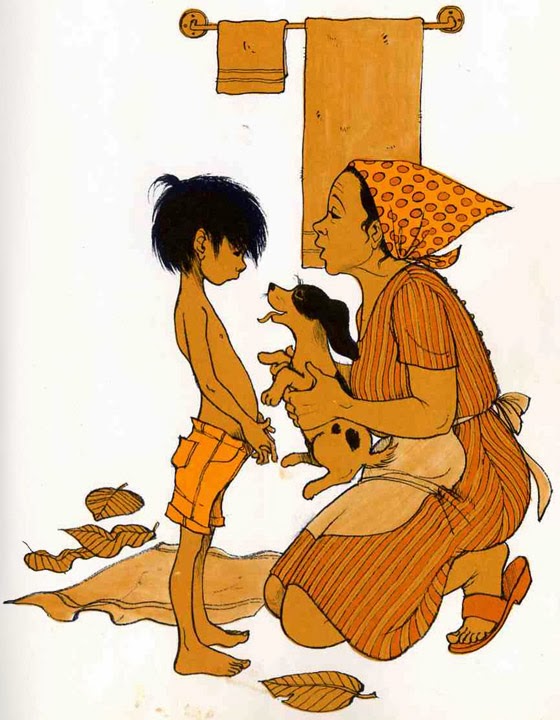 An excerpt from the jacket flap by Eve Merriam: "I loved Epaminonas; his adventures were funny, of course, but most of all I loved him because he was like me. I, too, had a knack for doing the right thing at the wrong time."

This is the kind of story that children love and parents enjoy reading because it is well written and well illustrated.

To view previous posts on Trina Schart Hyman, click on the links below:

The Man Who Loved Books

The Quitting Deal
Posted by Jil Casey at 7:39 PM