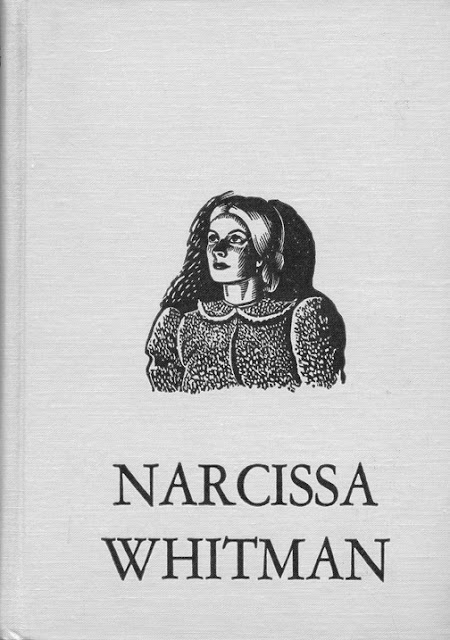 I'm taking a printmaking class at my local technical college, so I've been looking at books with engravings, woodcuts and linocuts. I pulled out this book, Narcissa Whitman, Pioneer of Oregon by Jeanette Eaton that I bought at a book sale a few years ago. The wood engravings were done by Woodi Ishmael, who I am not familiar with, so if you aren't either we can both learn something new! 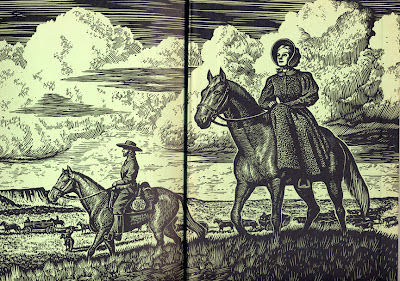 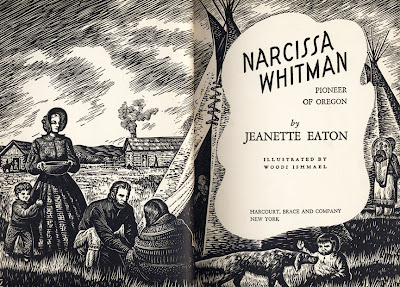 First off, Narcissa Whitman was a real person. She was one of the first white women to cross the Rocky Mountains on the trip to Washington State in 1936. She and her husband, Dr. Marcus Whitman, founded a protestant mission there
with the goal of converting the Native American Indians.

An outbreak of measles in which the Indians had little immunity to caused them to be distrustful, thinking that Marcus was only curing white people while letting Indian children die. Unfortunately this culminated in a massacre, in which both Narcissa and Marcus were killed. Narcissa was only 47 years old. 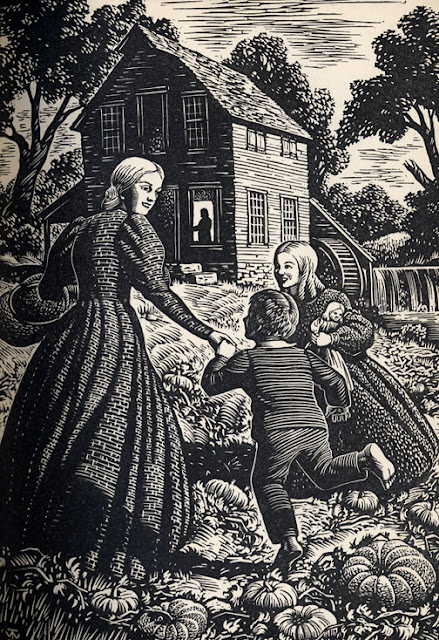 Woodi Ishmael (1914-1995), was born in Lewis County, Kentucky. He served as an official artist for the United States Air Force and did several paintings of Air Force Chiefs of Staff. Of interest, he was the only courtroom artist at the Jack Ruby Trial. (Information via Bulldog Studio) 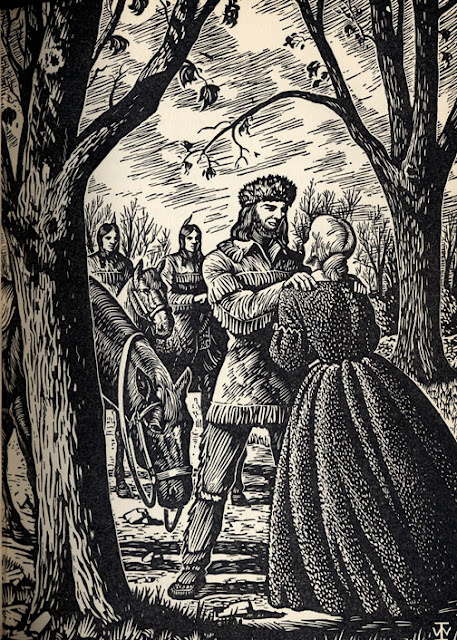 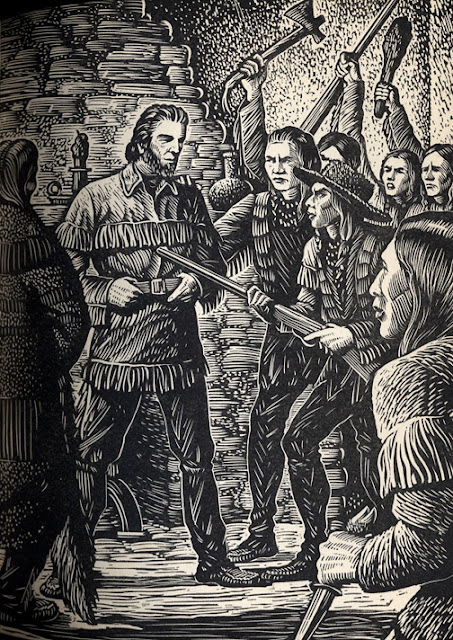 If you are interested in viewing some of Ismael's work, you can go to this site,
The Air Force Historical Research Agency. To view other work that he did, such as advertising, here is the google link. 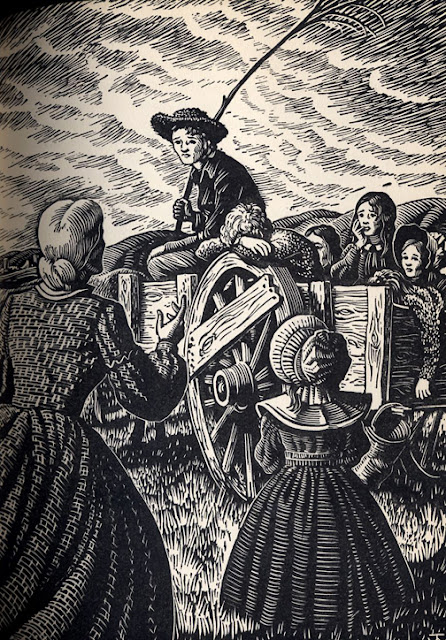 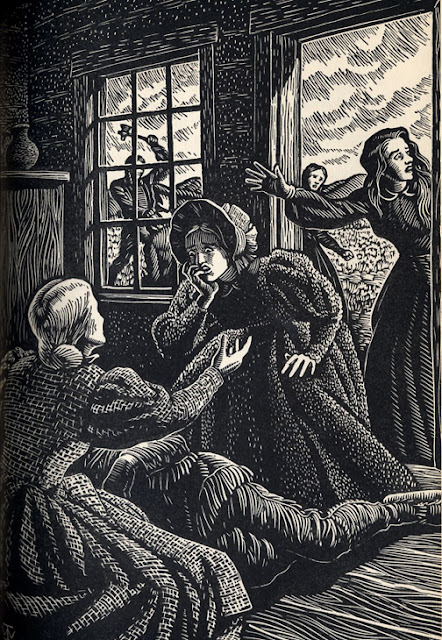