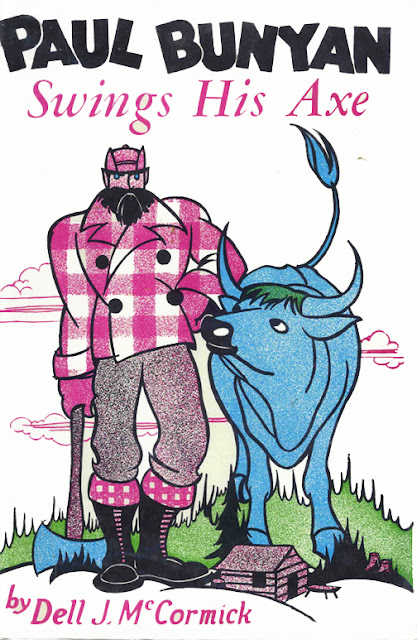 Today's vintage children's book is Paul Bunyan Swings His Axe, written and illustrated by Dell McCormick. McCormick was born in Black River, Michigan in 1983, before his family moved to Idaho. According to the dust jacket on this book, McCormick collected the stories of Paul Bunyan while working in sawmills and logging camps in Idaho and Washington.
This particular book was in print for over 50 years, a testimony to the enduring quality of these stories. My edition is a 27th printing. The awesome illustrations by McCormick didn't hurt either. But I am wondering - why is Paul Bunyan is wearing magenta colored clothing? It doesn't seem very logger like. I suspect that the Magenta was originally red and somehow through time and the printing process and lost it's true red color. 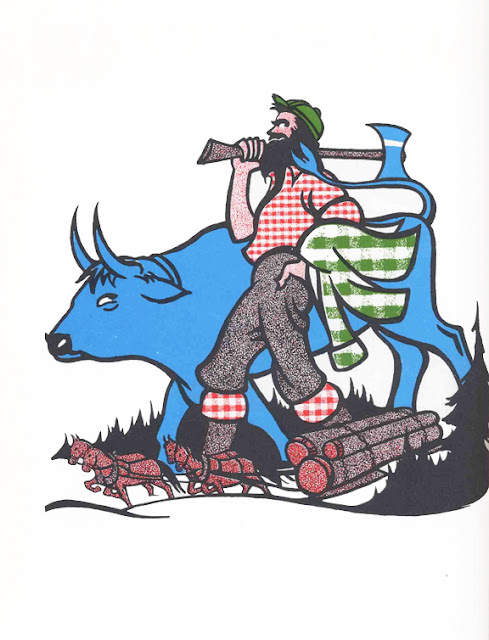 This illustration seems to have retained more of a red color. 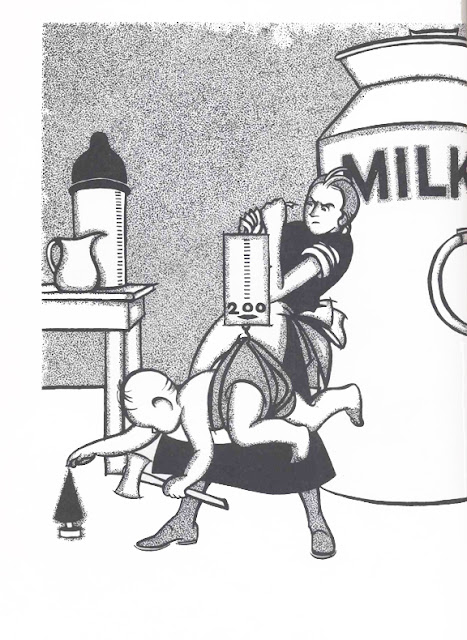 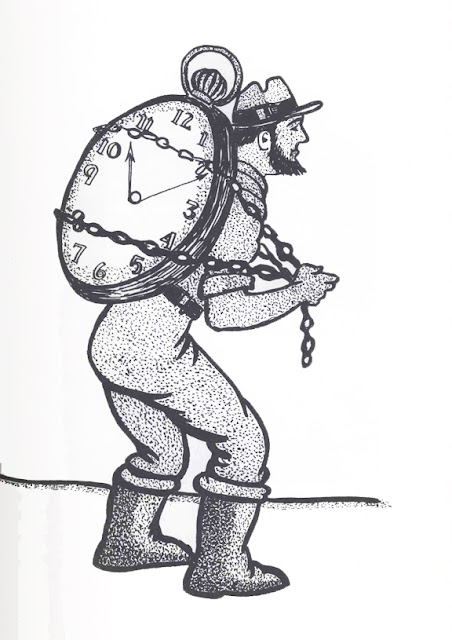 There are discrepancies as to where Paul Bunyan originated. Canada, Michigan and Wisconsin have all claimed him. Adding to the confusion is the fact that the stories had a long oral history before they were ever printed. According to the Wisconsin Historical Society: "But before they were printed, the Bunyan tales had a long oral tradition. From the 1880s through 1910 they were often improvised aloud in logging camps by groups of veteran lumberjacks to test the gullibility of new recruits. Some of the stories were also intended to intimidate the novice loggers, most of whom were teenagers fresh from the farm or the city, by exaggerating the dangers of extreme winter conditions or mythical forest beasts. Occasionally Bunyan stories were also told simply for fun, as loggers competed with one another in creative lying contests."  To read more about this from the Wisconsin Historical Society, click here. 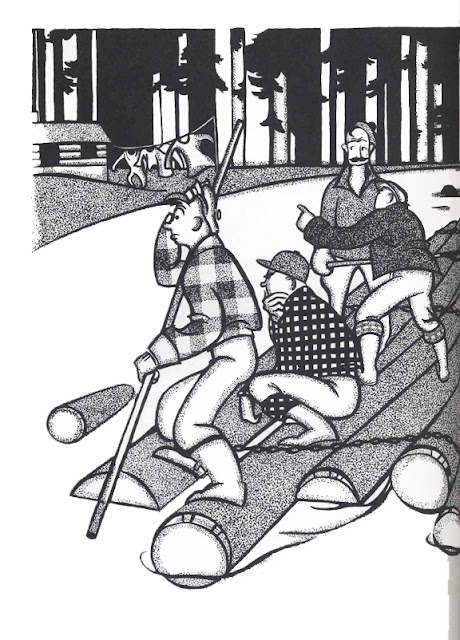 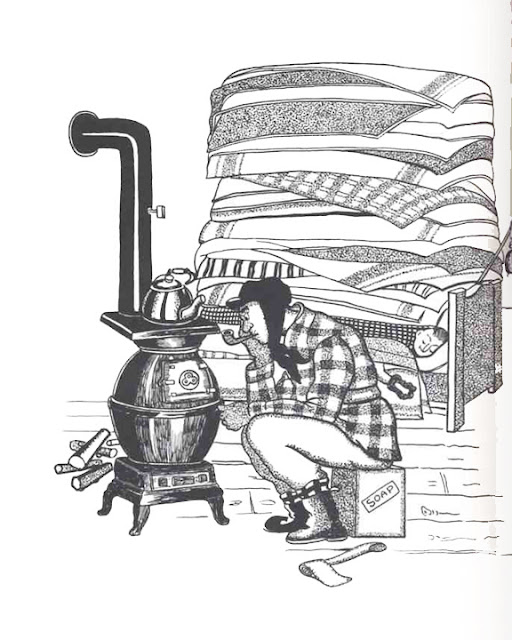 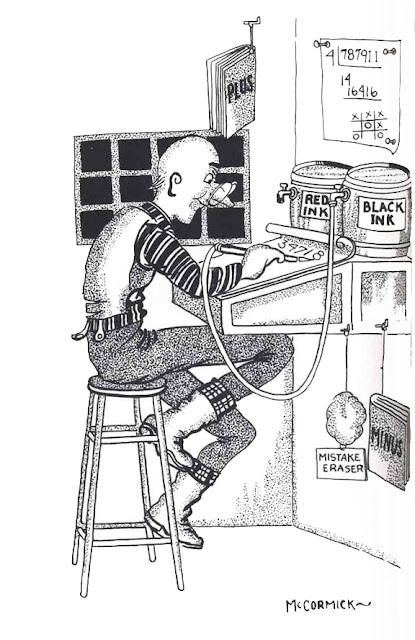