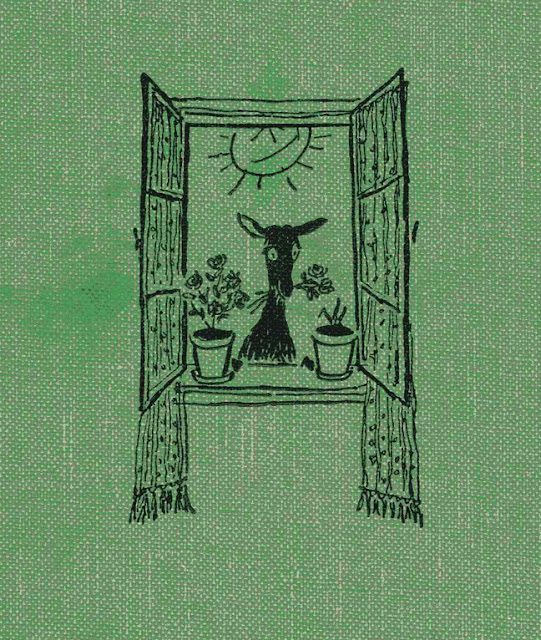 Today's vintage children's book, Nanette, A French Goat, is the product of husband and wife team Mireille (1908-2008) and Artur (?-1986) Marokvia. French born author Mireille and German illustrator, Artur did a trio of animal books which also included Jannot, A French Rabbit and Grococo, A French Crow. Done after the couple moved to the United States from Germany, Mireille wanted to teach American children about France. I think Artur's illustrations are really charming. 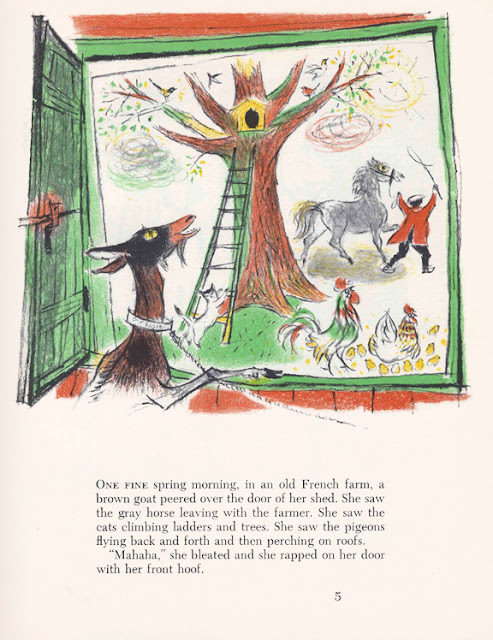 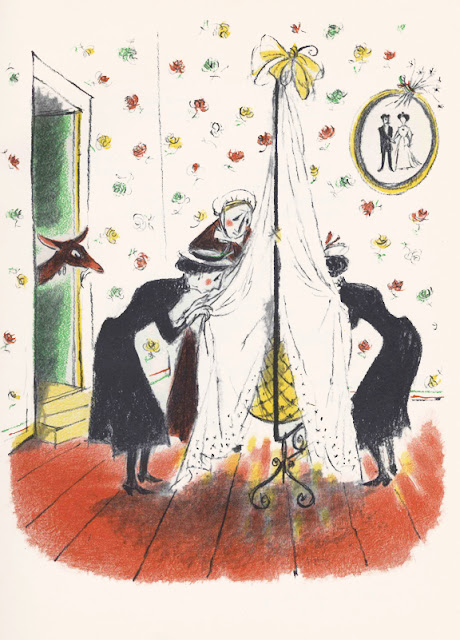 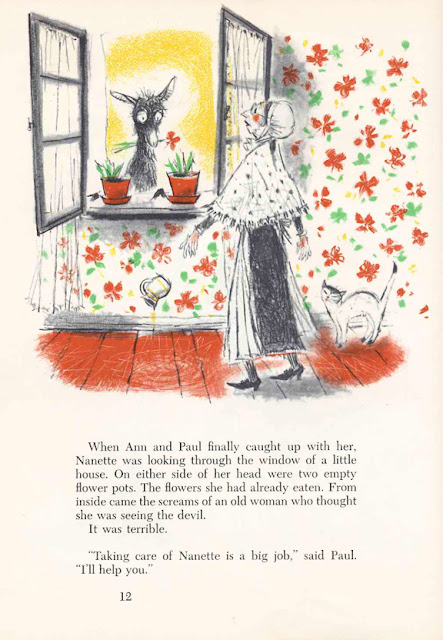 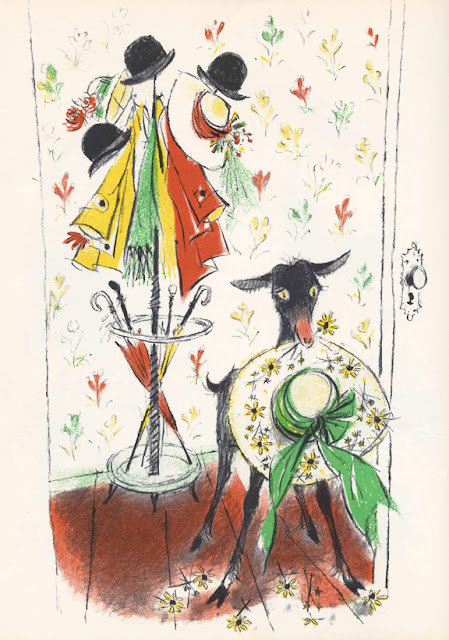 Mireille met Artur when she was a school teacher in Paris. After they married, Artur went on family business to Germany and Mireille joined him for what she thought would be a few week visit. But World War II broke out and Artur was called into service as an illustrator for the duration of the war. Mireille was left to fend for herself. She struggled as a translator and for a period as a weaver in a fishing village on the North Sea. Can you imagine?
Mireille lived alone in a house in the Black Forest. Towards the end of the war she aided escaped Polish prisoners to the Swiss border. Mireille kept a detailed diary that she had to destroy in 1944, when she heard the Gestapo were on their way to pay her a visit. To read more about Mireille, click here. 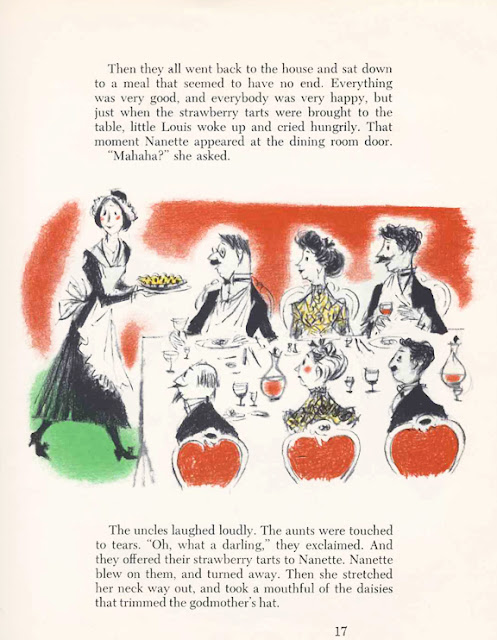 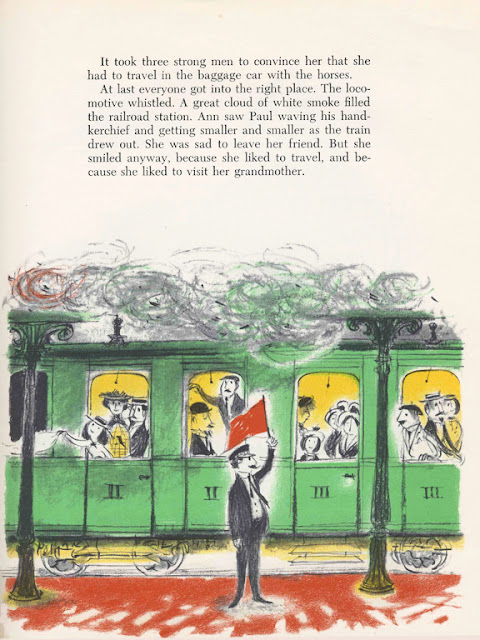 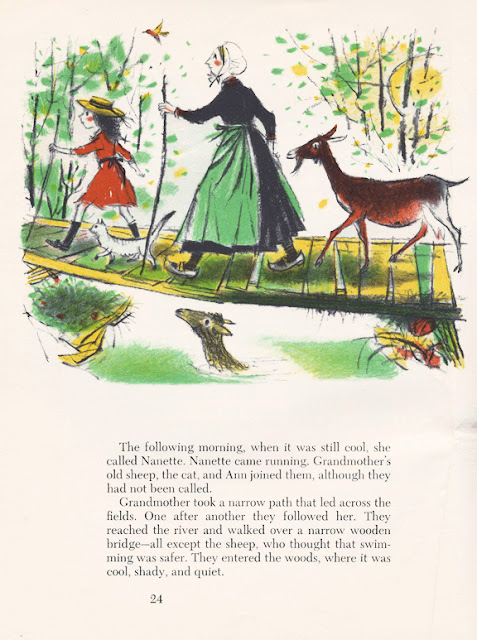 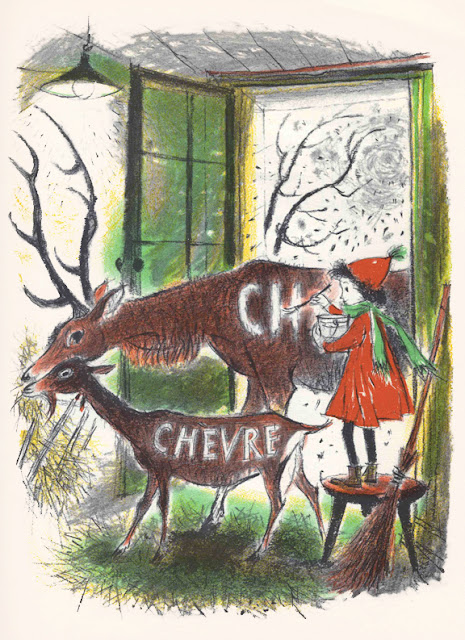 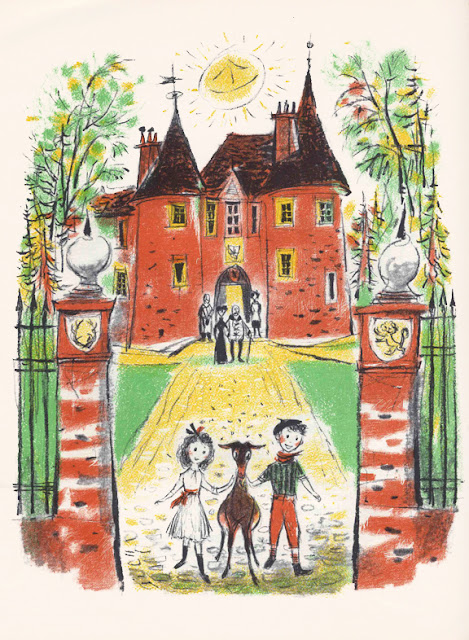