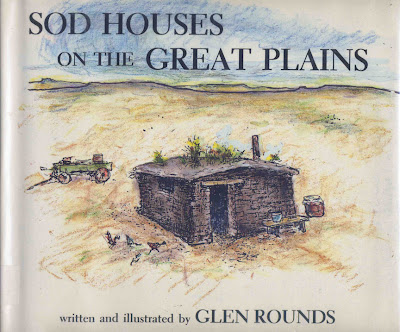 Here's another book by Glen Rounds, Sod Houses of the Great Plains.
I like his loose, sketchy almost scribbly style. 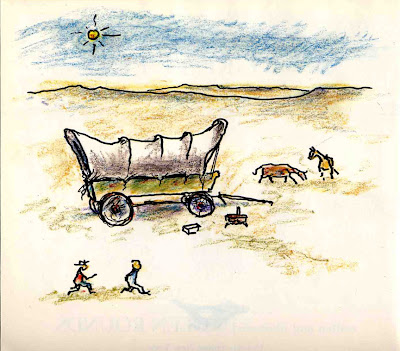 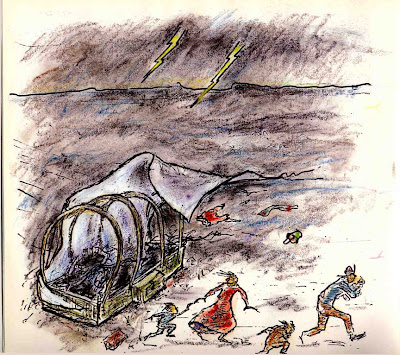 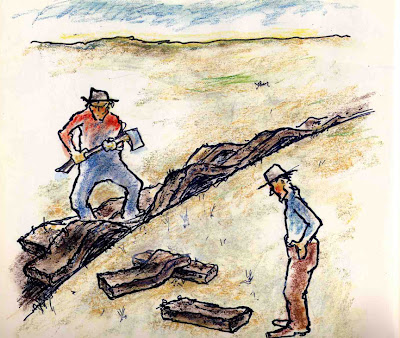 This book is about the first homesteaders who settled on the Great Plains. The land was good, but there weren't any trees for building log cabins. The idea of using prairie sod came when they first plowed their fields. They discovered that they could cut the long touch ribbons of sod into blocks and use it for a building material. 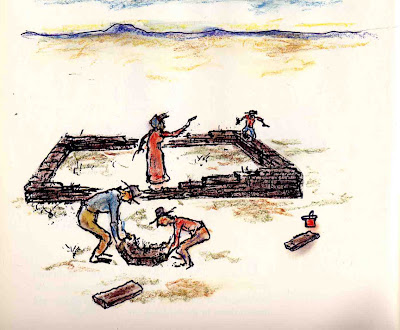 The sod blocks were heavy and they stacked them like bricks. An opening was left for a door and a small window. 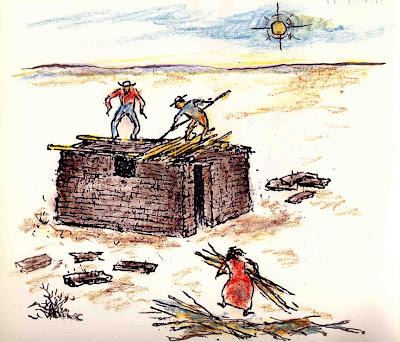 They use ridge poles for the roof (I have no idea what that is) and crisscrossed them. The poles were covered with a thick layer of hay and weeds. 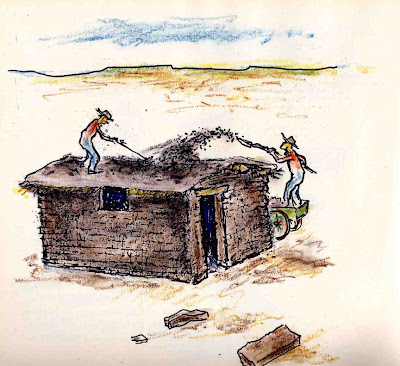 On top of that they spread four to six inches of dirt. It was supposed to keep the dirt from sifting between the poles into the room below. 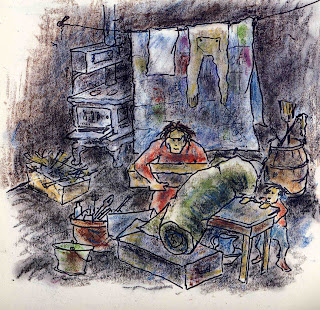 When the family first moved into their sod house, the floor was grass. A piece of canvas or an old quilt was used for a door until lumber could be found. Bacon grease was rubbed on paper and used on the small window to let a little light through. The sod houses were small and dark. 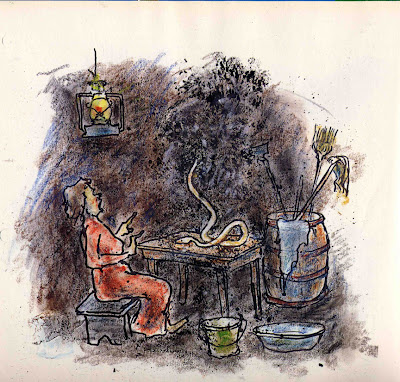 Another problem was wildlife. Field mice would burrow into the sod walls or nest in the hay on the roof. A snake looking for a mouse meal could fall between the ceiling poles and drop into the room below. 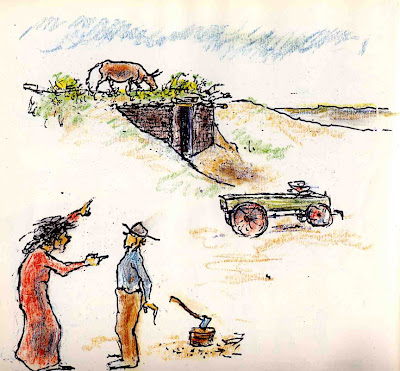 Some settlers dug their house into a hillside and built a front sod wall and a dirt roof. Though easier to build, these "dugouts" could collapse under the weight of a horse or cow that decided to graze on the roof.
I think we need some good news here. Sod houses were cheap to build and safe from the great grass fires that often swept the Plains. 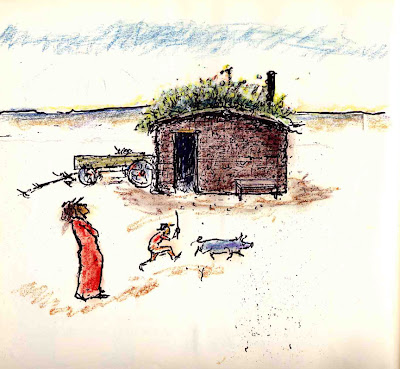 Grass and sunflowers grew on top of the roof. These houses, called a "soddie" might last four to five years. By then lumber was usually available for the building of a proper house. Some settlers would stay in their soddie, adding a wood floor and replacing the dirt roof with wood boards and tar paper. Sometimes they would add another room or two.
I don't usually follow this kind of format in my posting, but I thought this book was very interesting. I learned something.
So glad I didn't live then.
Sod Houses of the Great Plains
Written and illustrated by Glen Rounds
Holiday House Inc., 1995
Posted by Jil Casey at 10:20 PM