Today's vintage children's book, The Summer Noisy Book, is by the successful duo of Margaret Wise Brown and Leonard Weisgard. Brown and Weisgard collaborated on over 24 books together, putting their stamp on children's books that are still popular today. 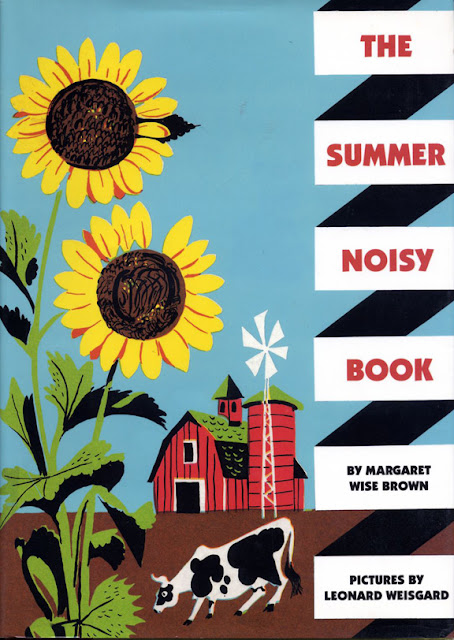 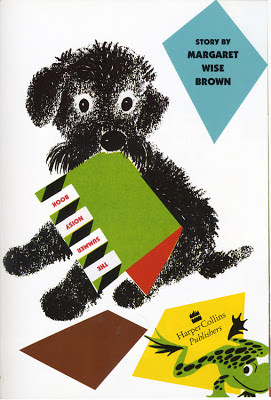 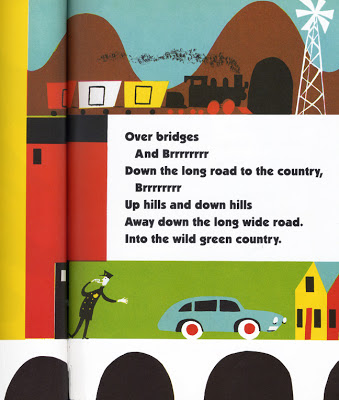 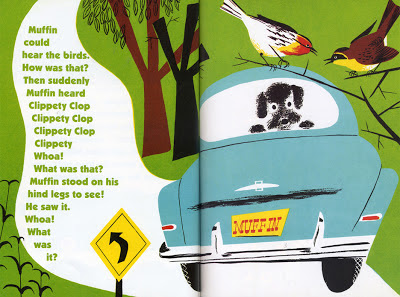 Love the dog in the back of the car! 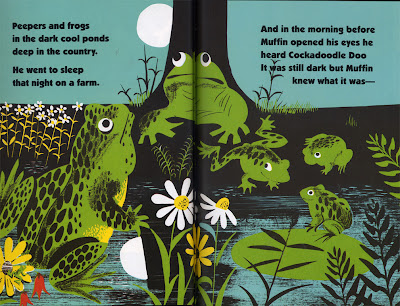 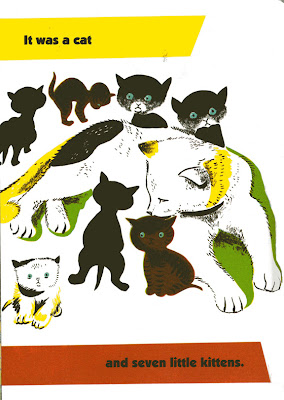 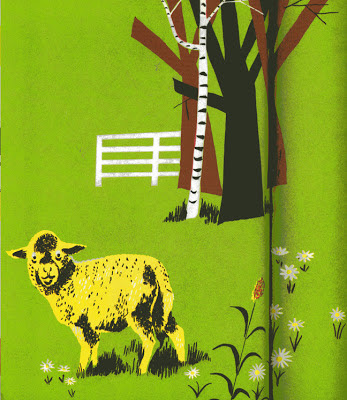 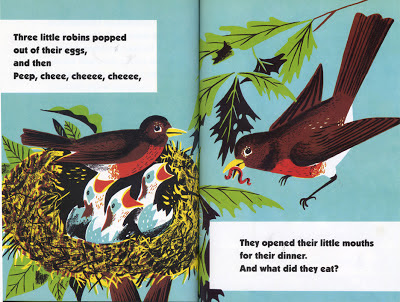 To view some of my previous posts on books by Leonard Weisgard:

The Cozy Hour Storybook and The Important Book
The Little Island
What Makes A Bird A BIRD?
Hailstones and Halibut Bones
The Clean Pig 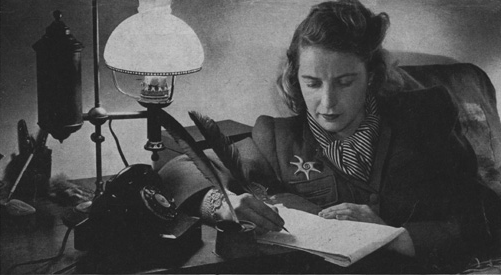 image via Writer of Song and Nonsense

Margaret Wise Brown (1910-1952) whose nickname was Brownie, was a prolific writer and wrote under the names of Golden MacDonald, Juniper Sage, Kaintuck Brown and Timothy Hay as well as her own. She is best known for
her books Goodnight Moon and The Runaway Bunny. 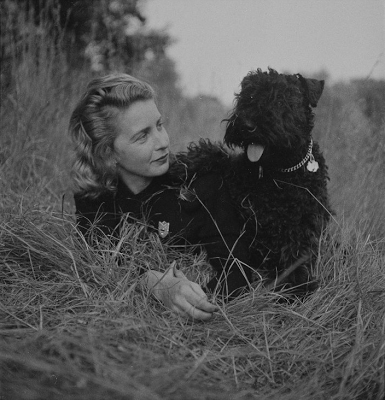 Standard Poodles and Kerry Blue Terriers were Margaret's dogs of choice and were the central characters in some of her stories. She was rarely seen without one of her dogs. 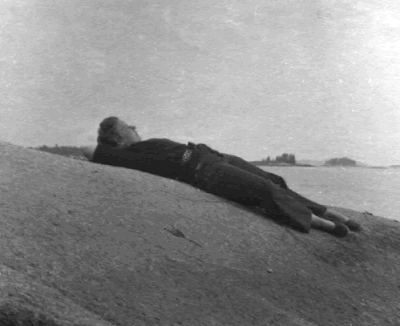 Margaret Wise Brown had a flamboyant personality and accomplished much in a life that was cut short. One can only wonder what more she would have done if she hadn't died so young. In her will, Wise Brown specified that her ashes be scattered at sea near her beloved home in Maine. A simple stone marks the site with the inscription "Margaret Wise Brown, Writer of Songs and Nonsense."

There is a good biography of Margaret Wise Brown, that I encourage you to
read.

Leonard Weisgard, (1910-2000), illustrated over 200 books in his career. He illustrated his first book in 1937, called Suki The Siamese Pussy. An adaption of Cinderalla followed. Weisgard and Wise Brown's 1947 book, The Little Island, won a Caldecott for Weisgard. Margaret Wise penned this book under the name Golden MacDonald. I would also encourage you to go to the Leonard Weisgard
website, it is very good.

I'm doing an extra long post today as I will be out of town for the rest of the week. Hope to be back with another post on Sunday  :>)
Posted by Jil Casey at 4:05 PM