I'm back after a nice winter break. Madison is a winter wonderland after receiving around 18 inches of snow a few days before Christmas. I've grown to appreciate the month of January - no holiday hassles, things are quiet and it's a good time for doing crafts, making changes, reflection and reading.

Speaking of reading, Lumberjack, written and illustrated by William Kurelek, is an excellent choice for winter reading. Kurelak worked as lumberjack in his late teens and early 20's, against his father's wishes.  It's an interesting insight into a type of work and lifestyle that no longer exist and is full of history. I'm not  sure if this book was solely intended for youth, but it can certainly be enjoyed by both. The paintings are great - love his style. 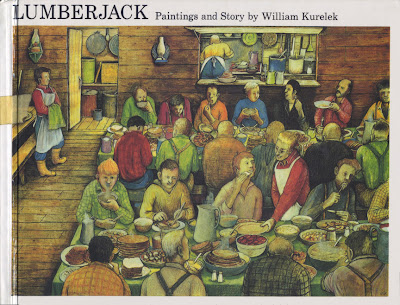 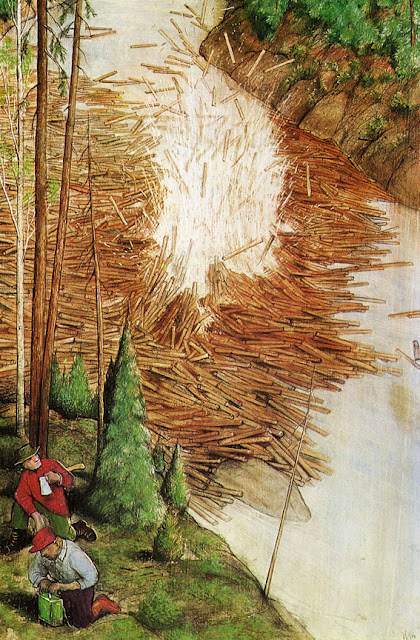 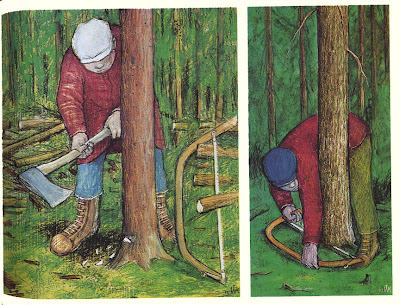 William Kurelek, artist and writer, (1927 - 1977) was born in Canada to Ukrainian immigrant parents. He was largely a self taught artist whose parents did not support his artistic vocation. In the early 1950's while living in England he was treated for depression and schizophrenia. While at the Maudsley Psychiatric Hospital there, he produced a painting called The Maze, which referenced his tortured youth. Years later in 1981 this painting was used as a cover for the rock band Van Halen for their album, Fair Warning.

He had many credits and awards for his work which can be viewed on the Wikipedia link. 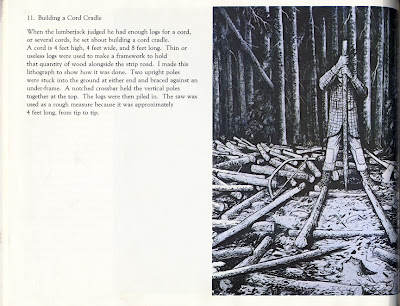 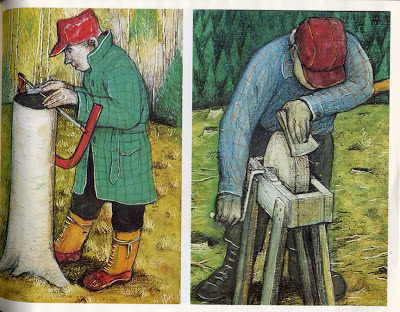 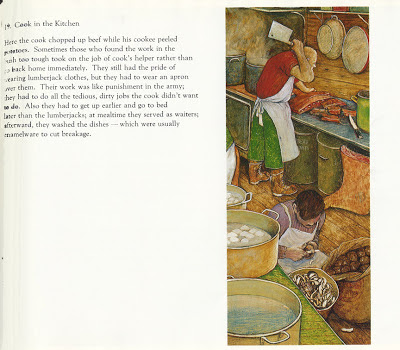 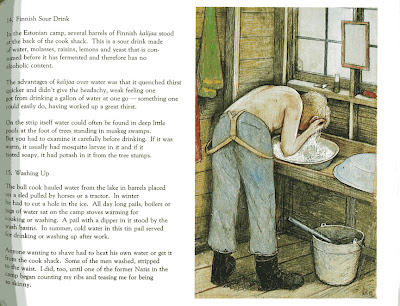 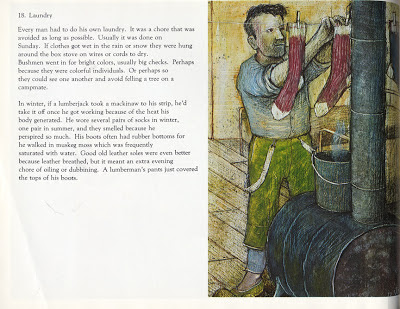 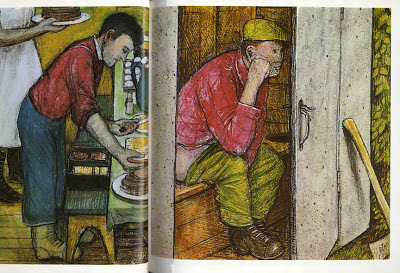 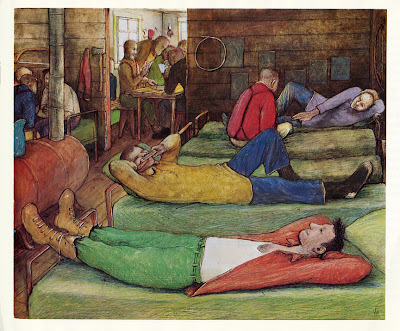 Lumberjack
Paintings and Story by William Kurelek
Tundra Books, 1974
Posted by Jil Casey at 7:04 AM