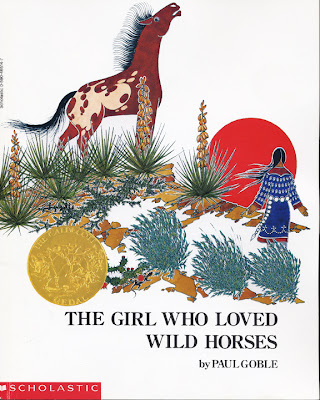 This is my first post on a book by Paul Goble. It was a little surprising to learn that someone from England would make a career out of illustrating and writing books about Native Americans from the plains. He does it in a beautiful stylistic way. In his illustrations Goble accurately depicts Native American's clothing, customs and landscape.


Goble immigrated to the U.S. in 1977 and became a citizen in 1984. He resides in Grand Rapids, South Dakota with his wife. Goble has been adopted into the Yakima and Sioux tribes. He has won numerous awards for his work, among them a Caldecott medal for The Girl Who Loved Horses. To read more about Paul Goble, click here. 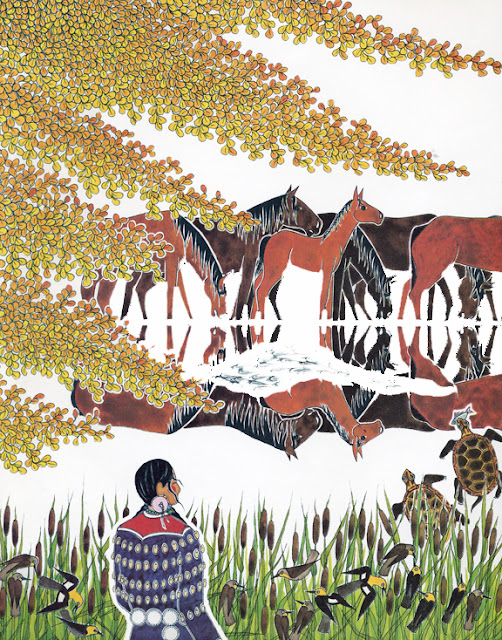 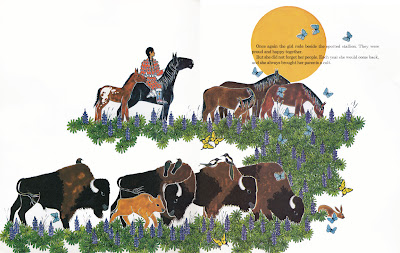 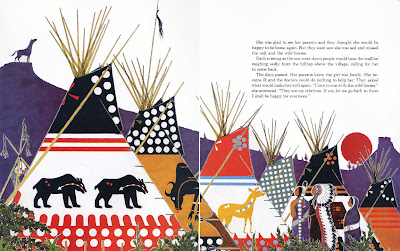 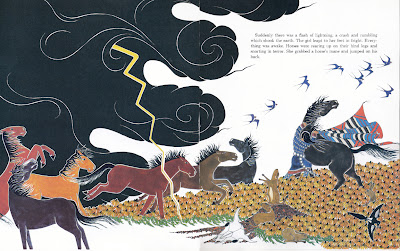 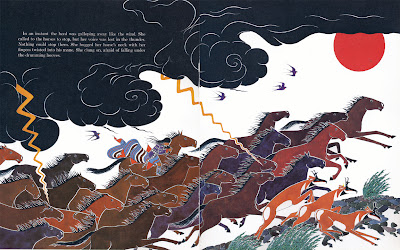 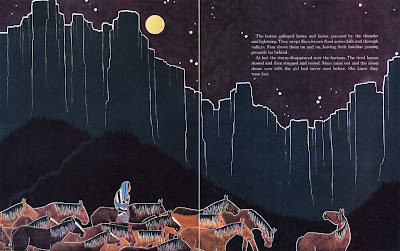 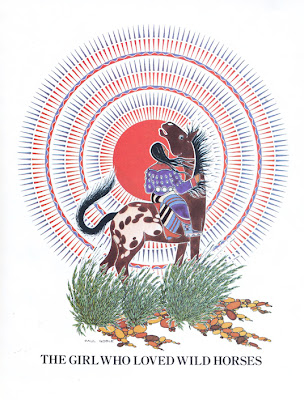 The Girl Who Loved Horses
Written and illustrated by Paul Goble
Scholastic, 1978
Posted by Jil Casey at 11:07 AM