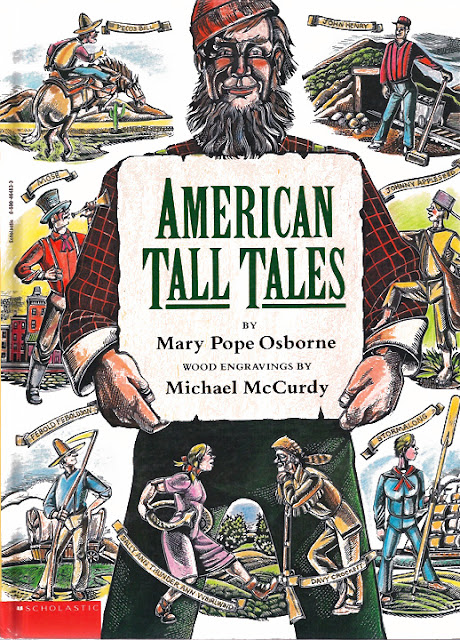 illustrated by Michael McCurdy. New to blogger, I struggled to make it look presentable. I am reposting it to (a) do it justice and (b) because this is one of my favorite books.
First, the swooning: Michael McCurdy's wood engravings are very fitting for the folk tales. Folk tales are a part of literary history and McCurdy does it justice. I really like his depictions of the characters. They all look strong and larger than life, just like a folk hero should. The multi-color palette breathes life into them. It should also be noted that American Tall Tales was chosen as one of School Library Journal's "Best Books". 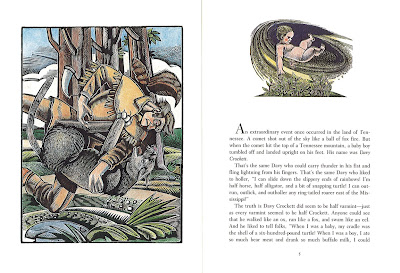 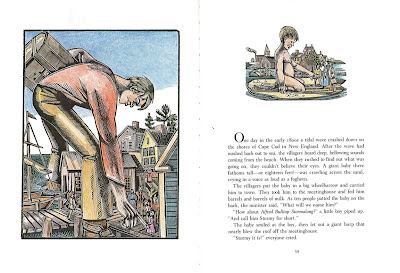 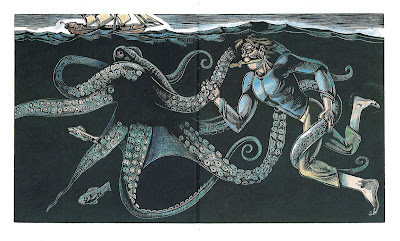 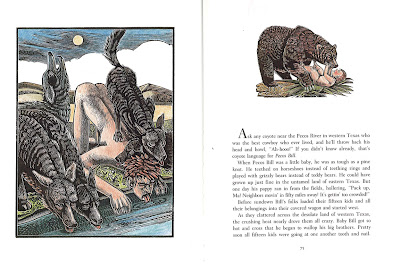 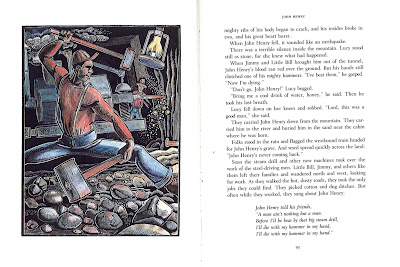 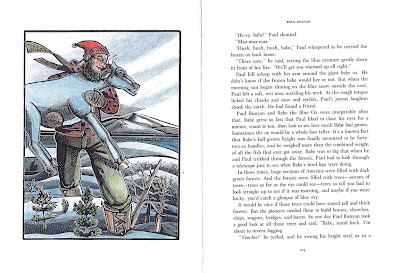 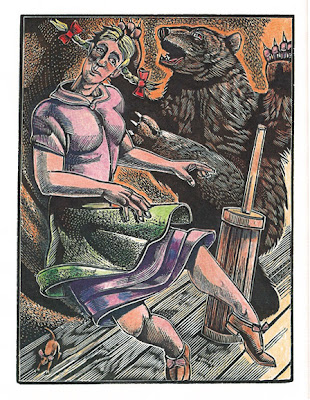 American Tall Tales
by Mary Pope Osborne
Illustrated by Michael McCurdy
Alfred A. Knopf, 1991
Michael McCurdy is an award winning artist, illustrator, author and publisher. For over 25 years he has worked from his red barn studio in the hills of Great Barrington. Born in 1942 in NYC, he was raised in New Rochelle, New York and Marblehead, Massachusetts. McCurdy attended the School of Fine Arts in Boston and Tufts University in Medford. He has produced an amazing collection of wood engravings, etchings and drawings which have been in over 200 books for both adults and children.  An Archive of his work covering 48 years as an author and illustrator will be housed in the Boston Public Library. Michael McCurdy has close to 600 Wood Engravings in addition to his scratchboard drawings.
Some of Michael McCurdy's books: The Sailor's Alphabet

(1990).
To read more about Michael McCurdy go to:
http://www.berkshares.org/about/michael.htm
or
http://www.bcn.net/~mmccurdy/aboutm.htm.
Posted by Jil Casey at 7:11 PM