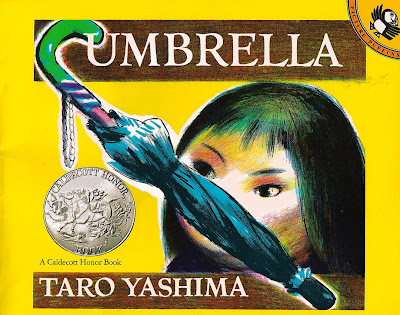 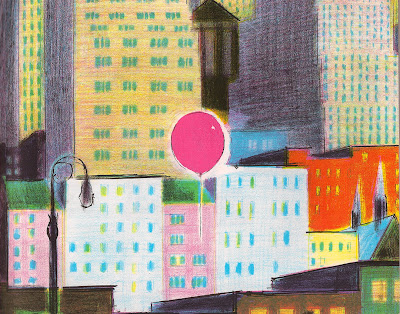 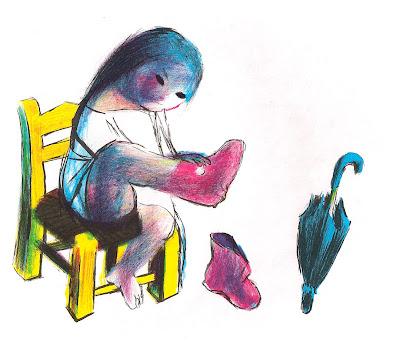 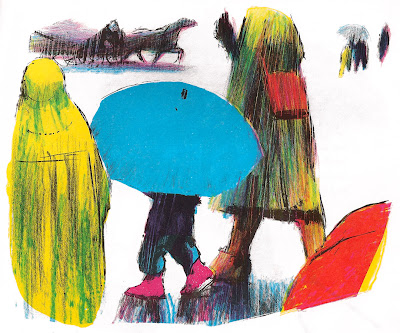 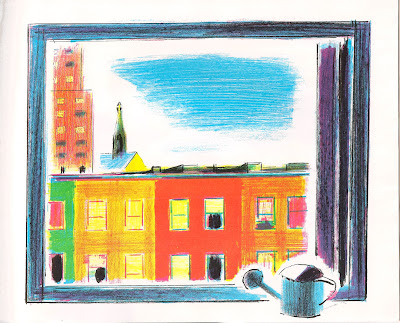 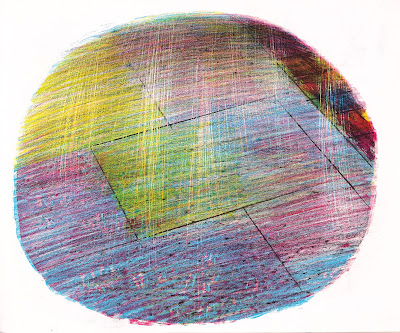 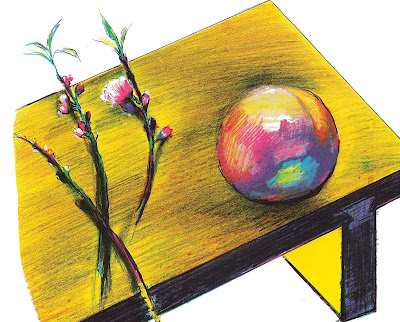 Taro Yashima
Umbrella, 1958
Written and Illustrated by Taro Yashima
Taro Yashima was born in September 1908 near Kagoshima, Japan. His birth name was Jun Atsushi Iwmatsu. Yashima's father, a collector of oriental art, encouraged his son's artistic ways. Yashima studied at the Imperial Art Academy in Tokyo after high school.  He became a successful illustrator and cartoonist in Japan. Taro and his wife, Tomoe, spent several months in prison because they protested the militaristic government in Japan. While in prison Tomoe gave birth to their son, Mako. Taro's first book, The New Sun

(1943), describes his prison experience.
In 1939 Taro and Tomoe immigrated to the U.S. to study at the Art Student's League in New York City.  Their son stayed in Japan with his grandparents.
During World War II, Taro served in the U.S. Army as an artist in the Office of Strategic Services. He adopted the alias "Taro Yashima" in order to protect his son and relatives who were in Japan. His wife adopted the name Mitsu. The Yashimas were granted permanent residence in the United States after the war. Taro then went to Japan to get his son and brought him back to the United States.
Taro and Mitsu had a second child, Momo. In Japan momo means "the peach". Momo was in three of her father's books: Umbrella

(1967).
Taro returned to his home village of Nejima, Japan, visiting childhood classmates and other familiar scenes which he depicted in several of his children's picture books. Along with film maker Glenn Johnson, they produced a 26-minute documentary, hosted and narrated by Yashima, entitled Taro Yashima's Golden Village.
The Yashimas moved to California in 1954. There they opened an art school, The Yashima Art Institute in Los Angeles.
Taro Yashimas died on June 30, 1994.
Posted by Jil Casey at 8:19 AM